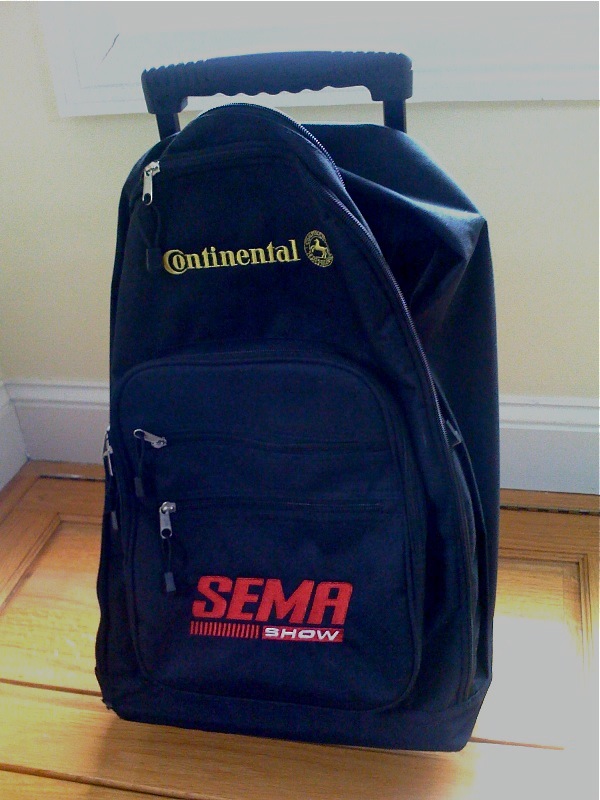 We're on to Day Three of TCC's fabulous giveaways, and the prizes just keep getting better.

Day Two's winner is R2dad for some sharp insight into the Southern senators' supreme lack of irony in canning the Big Three bailout:

The governor of Michigan calls anyone against the bailout “Un-American”. I don’t consider myself un-american, but I am un-Big Three, un-Detroit, un-UAW and un-Michigan if it requires forcing the government to “lend” huge amounts of money to businesses that no self-respecting bank will. The big picture is that most of the senators that don’t have UAW plants in their state are voting against this. Most of the people in this country that I have been reading about, talking to and have heard from think throwing gobs of money at a failed business model is a complete waste. Just because they’ve already done this for the financial industry doesn’t mean we have to double down and replicate the bad decision-making we’ve already allowed. Bush has no business intervening at this late hour–flip-flopping is pathetic–show some spine, W! If the Democrats insist on just throwing money to the existing boards/management with some lame-*ss mandate for “green cars”, I want personal guarantees from all the congressmen who vote yes on this that they will step down when these companies come back for more (as they most certainly will), because it proves that their congressional decision-making is wrong, bad and a hazard to this country’s financial well being. Isn’t anyone responsible for their decisions anymore? Or is that just for poor working stiffs that work in the real world?

For his efforts, R2dad gets a Lamborghini scale model and press kit.

As for today's contest, what could be better than luggage? It's the gift that never leaves you. This roller bag is coveted by journalists around the world: it carries a laptop, camera gear, and more to the point, it's handed out free at the annual SEMA aftermarket show.

The thing is, you only need one of them--but like hotel soap and last call at the bar, you can't resist taking something home. Since we only need one bag here, we're giving you the chance to assume this one into your own portfolio. Assuming you still have a portfolio.

You know the rules--comment on any story within the next 24 hours or so, and we'll choose the winner who makes the most coherent, articulate and funny riposte to one of our stories. Stay tuned later this week--we'll be giving away digital picture frames, iGo chargers, hats, jump drives, and even bongos.

You heard it right: bongos.