Gran Torino: The Movie Is the Metaphor 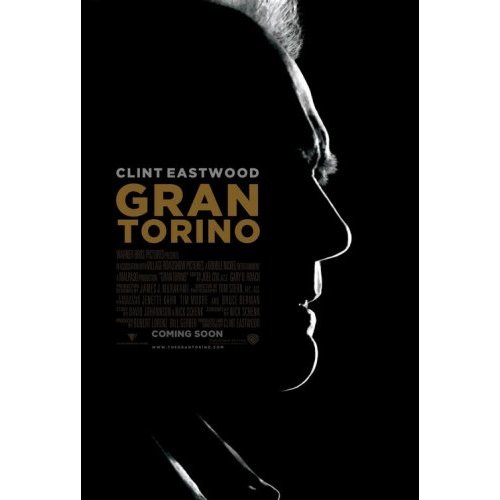 Nothing says "the holidays" quite like a gentle snowfall, a hot mug of cocoa, and a multiplex packed with serious, heartfelt dramas. And among this year's crop of Oscar hopefuls, there's one that looks to warm the hearts and engines of even the most grizzled gearheads: Gran Torino.

The movie stars Clint Eastwood and his prized possession--wanna guess?--a 1972 Gran Torino. Starring opposite an inanimate object may sound like a step down for Eastwood, given the fact that Hilary Swank and Meryl Streep have previously served in that capacity. However, the #1 rule of Hollywood is that actors should never perform with animals or babies, and when you consider that other holiday films feature golden retrievers...well, Clint's doing just fine.

Gran Torino is set in Detroit, and insofar as it touches on topics of race, class, and a changing auto industry, it seems like a fairly interesting mirror of today's cultural climate. We don't know how it ends, but we're gonna go out on a limb and assume that Clint and the Hmong neighbors he loathes come to some sort of comforting and possibly teary resolution. We're also going to assume that, given Eastwood's acting chops, he's a shoo-in for several well-deserved award nominations. And against all odds, we're hoping that there's at least one lighthearted car repair montage like in Better Off Dead, when John Cusak and that French exchange student fix his 1967 Camaro (which, fyi, apparently has its own site). Now that was a movie.--Richard Read