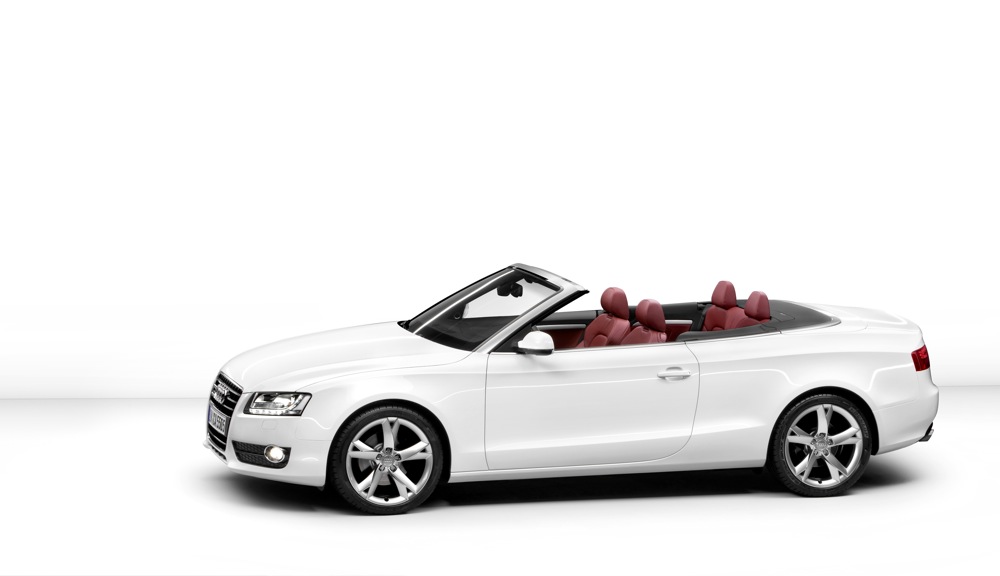 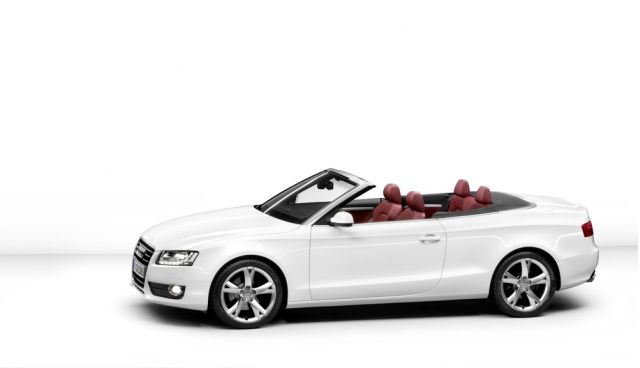 While Detroit stews in Washington and the auto show season shifts into a darker gear, Audi's brightening up the picture significantly with its new 2010 A5 Cabriolet, due out next year and previewed for the media today.

Walter d’Silva, Audi’s head designer, once called his A5 Coupe the most beautiful car he’d ever drawn. He's topped it by removing the roof and transforming the two-door coupe into the 2010 Audi A5 Cabriolet. Aside from the convertible roof—fabric for compact size and to eliminate the tall, square tail that hardtop convertibles require for storage—the A5 Cabriolet and high-performance S5 Cabriolet stay in the A5 family with a strong, deep grille; a sideview like some sort of German Chevy Camaro; and a sexy rear end with just enough detail to accent its shape, not overwhelm it.

Under the hood, the Cabriolet--which replaces the A4 Cabriolet--gets a trio of engines, including Audi's turbo four, its V-6, and the new turbocharged V-6 coming to its "S" cars for 2010. In 2011, by the way, the S5 coupe from which the convertible is derived will also adopt the same 333-hp turbo V-6; for 2010, it sticks with its V-8 power. Quattro all-wheel drive and dual-clutch transmissions are offered on various models.

A folding rear seat and a cloth top break the mold set by the Infiniti G37 Convertible, Lexus IS convertible and the BMW 3-Series Convertible. Audi says it saves weight and interior room.

The 2010 Audi A5 Cabriolet and Audi S5 Cabriolet bows at the 2009 Geneva motor show; it goes on sale in the U.S. in the fall of 2009. Until then, steer over to our 2010 Audi A5 page for more photos and more information -- and stay tuned for Detroit and Geneva auto show coverage.