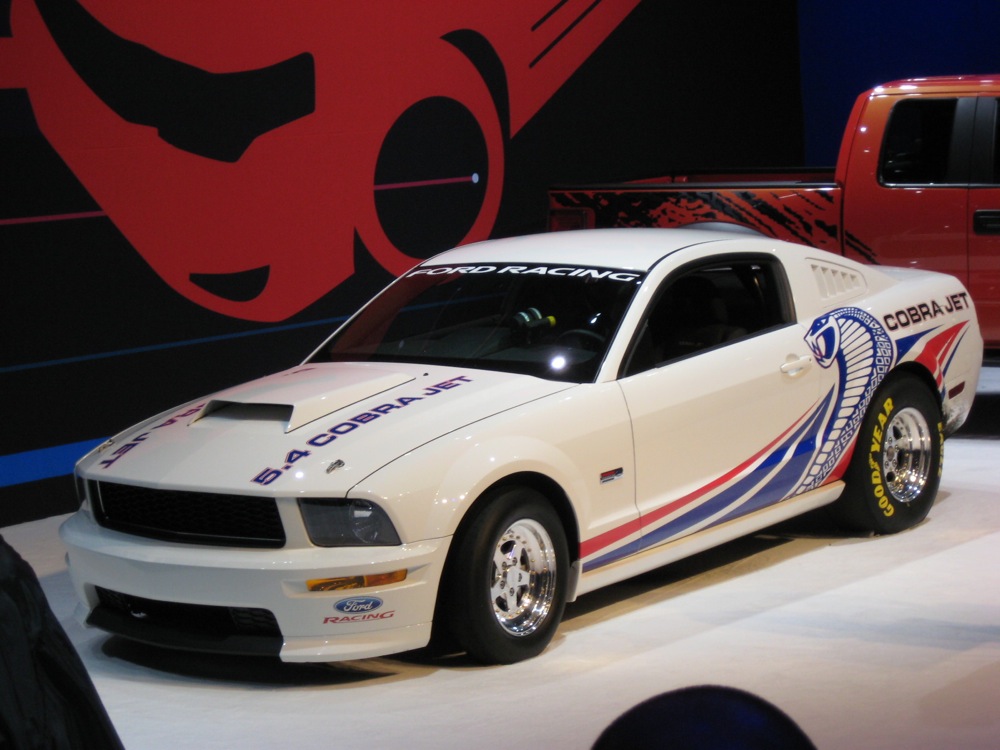 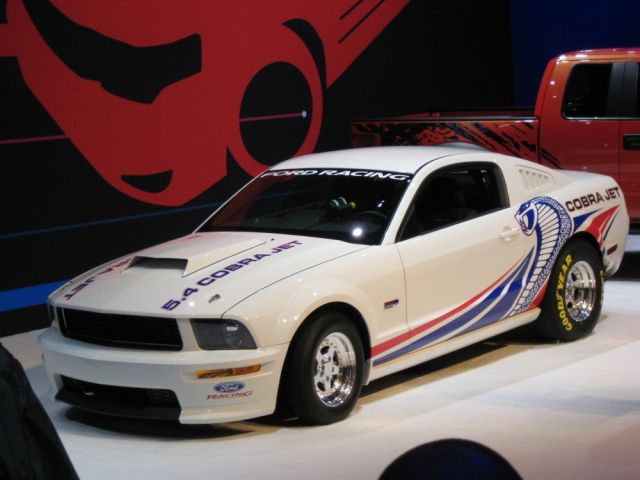 Not to be outdone by the 2010 Chevrolet Camaro LS7 Concept also revealed yesterday at SEMA '08 in Las Vegas, Ford introduced its FR500CJ, known as the Cobra Jet. Like its Chevy competitor, the Cobra Jet is tailored for drag racing.

It joins Ford's stable of race-ready Mustangs, which also includes the Mustang FR500S, the Mustang FR500C, and the Mustang FR500GT. Jamie Allison, manager of Ford Racing Performance Group, explains that Ford began with the FR500C in '05 and followed that racer with the '07 FR500S. Brian Wolfe was in charge of vehicle calibration, and now takes Ford's current-gen Mustang street racers to full drag cred with the introduction of the new Cobra Jet (a name that last appeared in 1968).

Ford claims that this vehicle is intended for Mustang fans interested in an affordable, race-ready vehicle that can pull quarter-mile times in the 10s "right off the truck." Allison claims the Cobra Jet is "a full-fledged, ready to race vehicle." Interested parties are encouraged to visit www.fordracingparts.com.--Colin Mathews