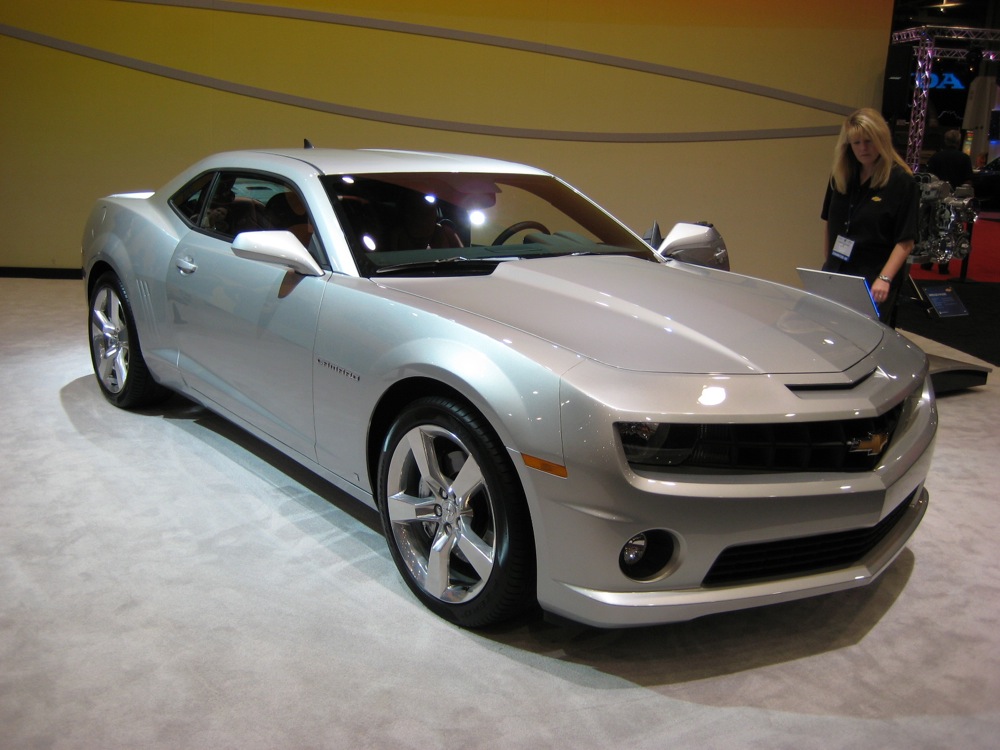 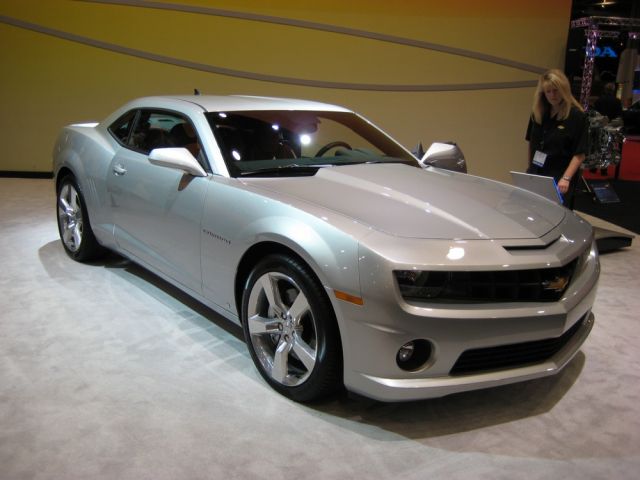 All right, rabid Camaro fans--commence drooling. As if the standard-issue 2010 Chevrolet Camaro wasn't tough enough, Chevy teases with four killer Camaro concepts at SEMA, detailed below. And because Chevrolet did such a great job with the production Camaro, the concepts don't seem a stretch at all as does, say, the 2009 Hyundai Genesis blinged-out luxo sedan concepts also on hand at this year's SEMA.

“The new Camaro is a 21st century sports car for the young and young at heart,” said Ed Peper, GM North America vice president, Chevrolet. We couldn't agree more, and look forward to this shining star from GM taking its rightful place alongside BMW, Audi, and even Porsche sportscars as a musclecar for the renaissance man.

A bold claim? Perhaps. But with world-class materials, workmanship, ergonomics, and chassis development, the 2010 Chevrolet Camaro is a great example of what GM can produce--and needs to produce--as it fights for survival in a nasty market. 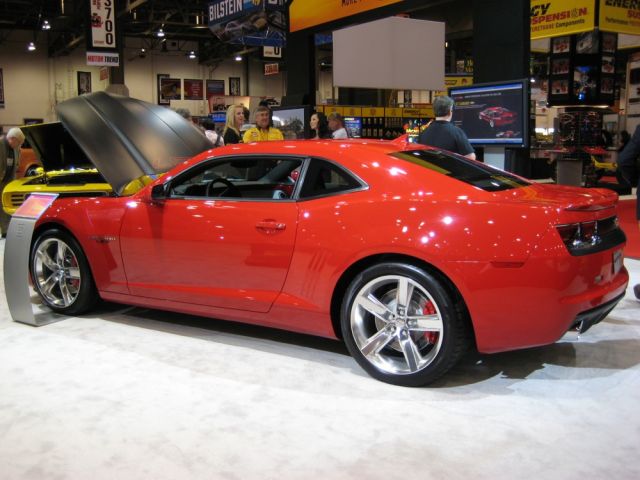 The 2010 Chevrolet Camaro LS7 concept features a GM Performance Parts’ LS7 crate engine spitting out roughly 550 hp, special headers and an intake system (the latter two items will both be offered soon after the Camaro's launch). The LS7 Concept, painted Victory Red, is meant to revive the spirit of the legendary COPO Camaros that performed weekend duty as showroom-ready drag racers. Production versions of this setup will also feature dry-sump oiling, and those interested may purchase the separate oil reservoir from GM Performance Parts. 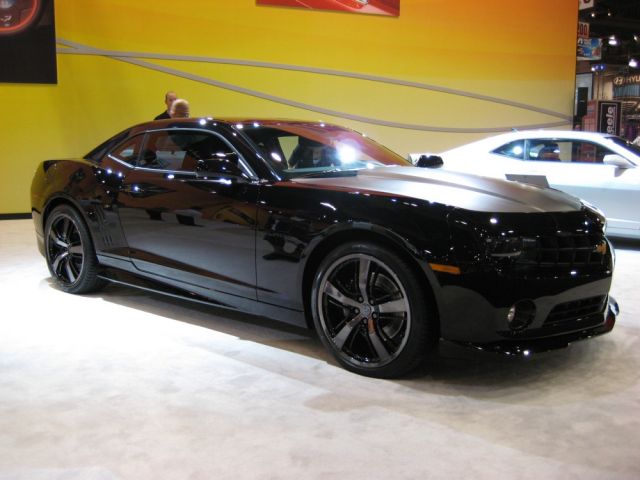 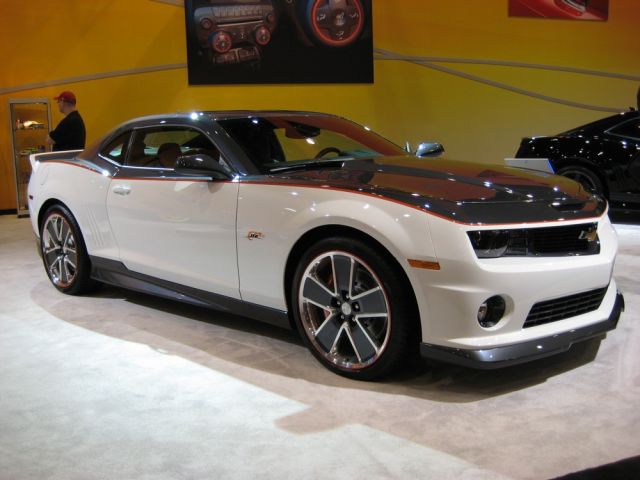 It's no secret that NASCAR star Dale Jr. is a fan of vintage Camaros, being that he represents in a Pro Touring-style '72 Camaro powered by a GM Performance Parts LS crate engine. The 2010 Chevrolet Camaro Dale Earnhardt Jr. Concept draws upon Earnhardt's love for the Camaro with the robust 6.2-liter 'Vette-derived V-8, but ups the compression ratio to take full advantage of E85's higher octane rating, garnering a few extra ponies along the way.

Inside, custom leather and suede are slathered liberally, carbon fiber is splashed on the IP and door panels, aluminum pedals are fitted, custom gauges alert the driver to the car's vitals, and Dale Jr. specified an optional Chevy Accessories audio system for the Camaro, which is matched with a Boston Acoustics speaker system, amps and subwoofers. 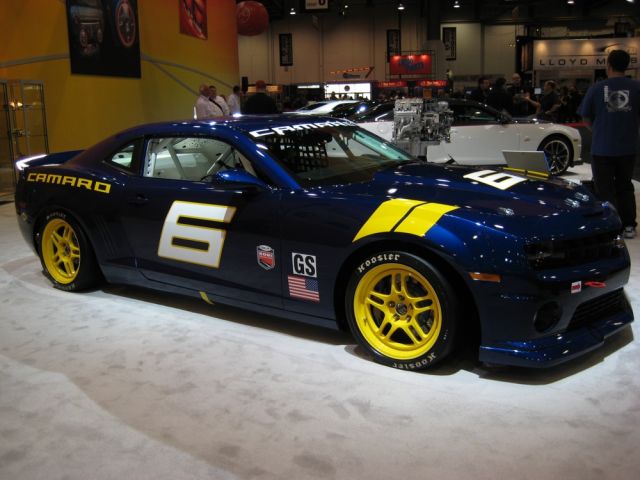 The most altered of Chevy's four Concept Camaros at SEMA is the 2010 Chevrolet Camaro GS Racecar Concept, a tribute to Mark Donohue's distinctive blue-and-yellow Camaro TransAm road racer that drove to the series championship in 1969.

But far from serving solely as an pulse-quickening concept, this vehicle is actually an early prototype for the Grand Am Koni Challenge GS racing class. GM and North Carolina-based Riley Technologies worked together to develop this prototype that features a seam-welded production Camaro body in white, carbon fiber hood, trunk lid, doors and fenders, a production LS3 V-8, the Tremec 6060 six-speed manual with close-ratio gearing, a three-inch exhaust system with Coast Fab mufflers, a C&R racing aluminum radiator, and transmission and differential coolers plus an upgraded engine oil cooler.

In a nod to its road-readiness, Chevrolet is displaying the 2010 Camaro GS Racecar Concept as it was last driven with the grime, brake dust and body imperfections commensurate with a day’s worth of racing.--Colin Mathews