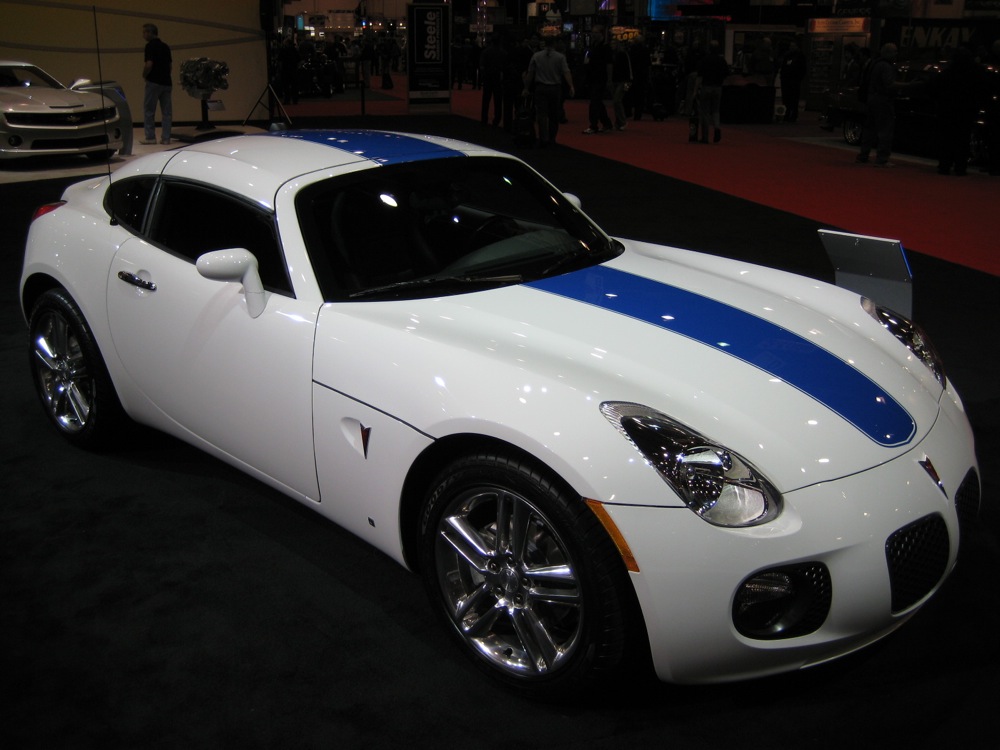 The Pontiac Solstice has had a short, tumultuous life: highly praised by enthusiasts for its looks, not so loved for its finish and feel. Then came the rumors of it being left on the cutting-room floor as GM recasts its future car lineup around high fuelers like the 2011 Chevrolet Volt. Not so, GM says--and so here you have the 2009 Pontiac Solstice GXP Coupe once again in its glory.

The Coupe showed up at SEMA wearing white-and-blue livery, and outfitted with its removable roof panel, a 290-horsepower engine, and an iPod connectivity kit. Replete with a 260-horsepower turbo engine and five-speed manual, the production Solstice GXP Coupe should net 28 mpg highway and hundreds of smiles for its looks alone. Stay tuned for more--including driving impressions as soon as TheCarConnection.com slots in behind the wheel.