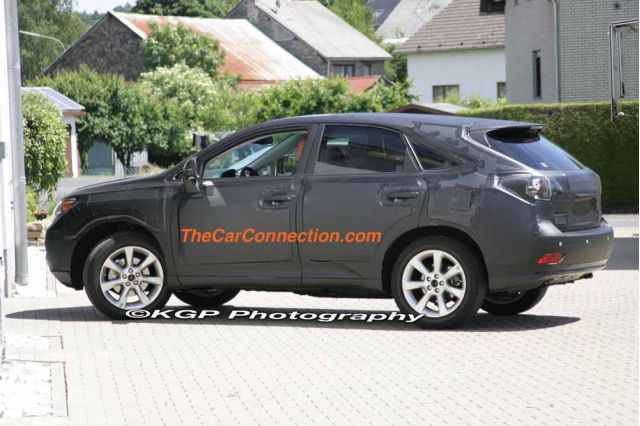 Earlier this year, we showed it to you in spy photos--now Toyota execs confirm the 2010 Lexus RX will get its world debut at the 2008 Los Angeles auto show in November.

The new Lexus RX won't vary too widely in styling from the current vehicle, if our spy shots on file hold up. The updated version takes on more of Lexus' "L-finesse" styling concepts; the most striking revision seems to be in the rear pillar and taillamps.

We do expect the refinement and the overall driving satisfaction of the 2008 Lexus RX 350 crossover to carry over. And of course, the new RX will come with a hybrid option. Other tech details, including engine displacement and transmissions, won't be released for a few weeks. We do expect the new RX to be about five inches longer, for better backseat leg room.

Stay tuned as we cover the Los Angeles Auto Show, which opens to the media on November 19.