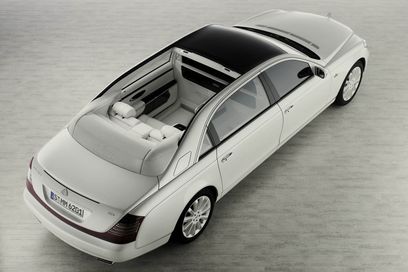 The rumor-mill department over at Carscoop reports that U.K.'s CAR magazine claims a possible association between Mercedes-Benz and hallowed British marque Aston Martin. Apparently CAR claims the two icons have been in discussions for quite some time, and the benefits would include joint work on engines, transmissions, hybrid systems, and perhaps even vehicle platforms.

Carscoop feel the balance of such a merger makes all the sense in the world to Aston, having been orphaned by Ford in 2007 to a consortium of Arab investors. (No, Barack Obama does not own Aston Martin.) What they feel is perplexing is the value, if any, that a successful Mercedes-Benz would gain from involvement with comparatively minuscule Aston.

CAR feels that perhaps the British maker of bespoke, exclusive machinery like the proposed one 77 concept could lend a hand with Mercedes' languishing Maybach marque, but Carscoop is dubious that would be enough incentive to make this proposed deal go through.--Colin Mathews