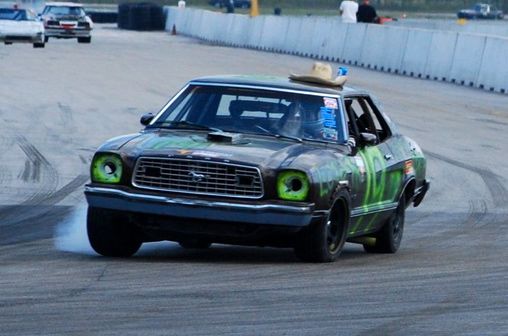 God bless the irreverant folks at Jalopnik, obsessed as they are with the Cult of Cars. They might occasionally resort to dramatic headlines about, say, urea injection, but their top 10 (or top 70, in this case) lists are simply brilliant. We snagged a couple of our favorite pics from their coverage of the The 24 Hours of LeMons Texas, but we urge you to click the prior link and check out the 70-odd photos of beater-car brilliance.

For those of you not in the know, The 24 Hours of LeMons has achieved cult status as a race wherein old beater cars race for primacy. One big catch: The race is only for cars "purchased, fixed up, and track-prepped for a total of 500 dollars or less."

Prior to achieving a place on the starting line, each vehicle must make it through a bevy of trials such as "the Personal-Injury-Lawyer Anti-Slalom, the Marxist-Valet Parking Challenge, and the Wide Open Throttle Rodthrowapalooza." As you might imagine, plenty of $500 junkers take their last gasp just trying to qualify.

Halfway through the 24-hour enduro, a competitor voted People's Choice is awarded a cash prize. And to keep the yin and yang in balance and the Gods of Racing appeased, a People's Curse is also elected, and promptly destroyed by a mob wielding baseball bats, tire irons, and other instruments of automotive torture.

Maybe I should enter in my own beater, the 1982 Mercedes 300TD turbodiesel I'm prepping to take from Atlanta to L.A. in December running on nothing but used veggie oil. I did buy it for $500 two years ago. But I've put in probably 10 times that amount in repairs, so I guess that makes me an instant DQ. Besides, the thought of angry mob with baseball bats would keep me awake at night.--Colin Mathews 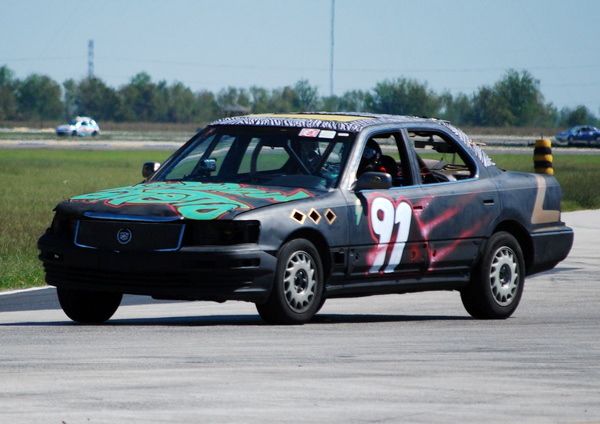 Review update: 2021 Toyota Avalon TRD refills the fountain of youth
Commenting is closed for this article
Contribute
Send us a tip Comment Contact the editor
Follow Us