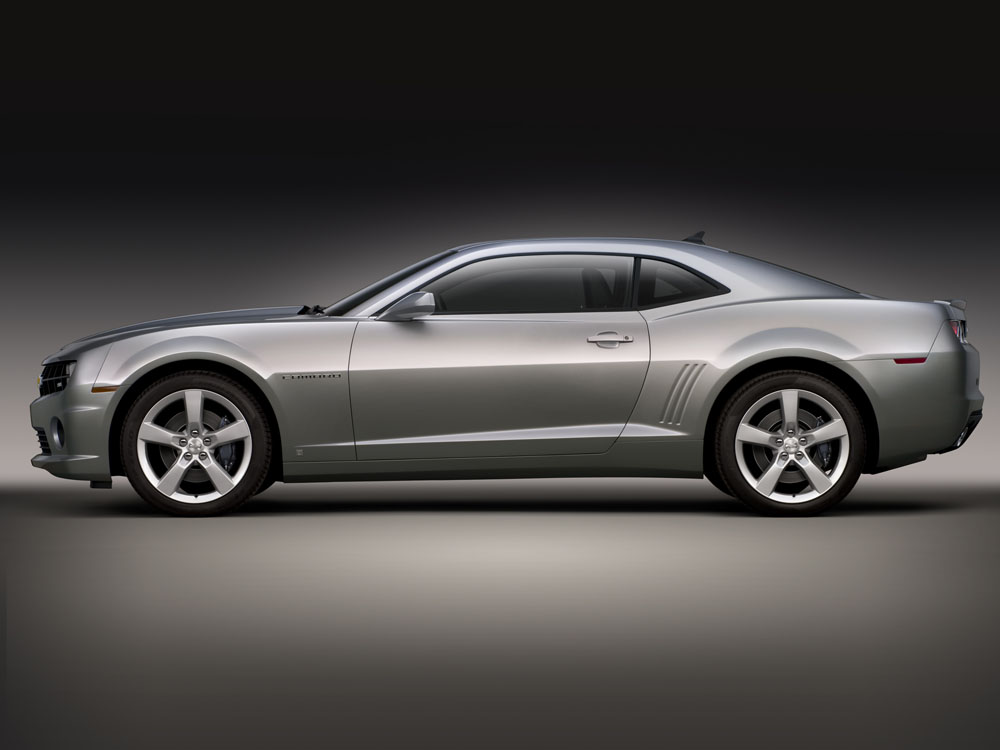 On your marks, get ready, spend! Chevrolet says as of today, you can order a 2010 Camaro, and pricing's been released, too.

Production of the Camaro, which will give GM what promises to be a strong competitor against the Ford Mustang and recently arrived Dodge Challenger, will begin in February of next year. Deliveries to dealer lots should occur shortly after production begins.

While the hairy-chested SS V-8 (up to 422 hp) should be downright thrilling, perhaps the most competitive Camaro will the base model. Boasting roughly 300 more refined and advanced ponies than either Ford or Dodge's base engines, GM's 3.6-liter high-feature V-6 has been earning accolades for its enthusiastic and smooth nature in products ranging from the Cadillac CTS to GM's Lambda crossovers. In concert with an independent rear suspension and fuel-saving direct injection, GM's new Camaro LS might just prove to be a muscle car for the renaissance man.--Colin Mathews