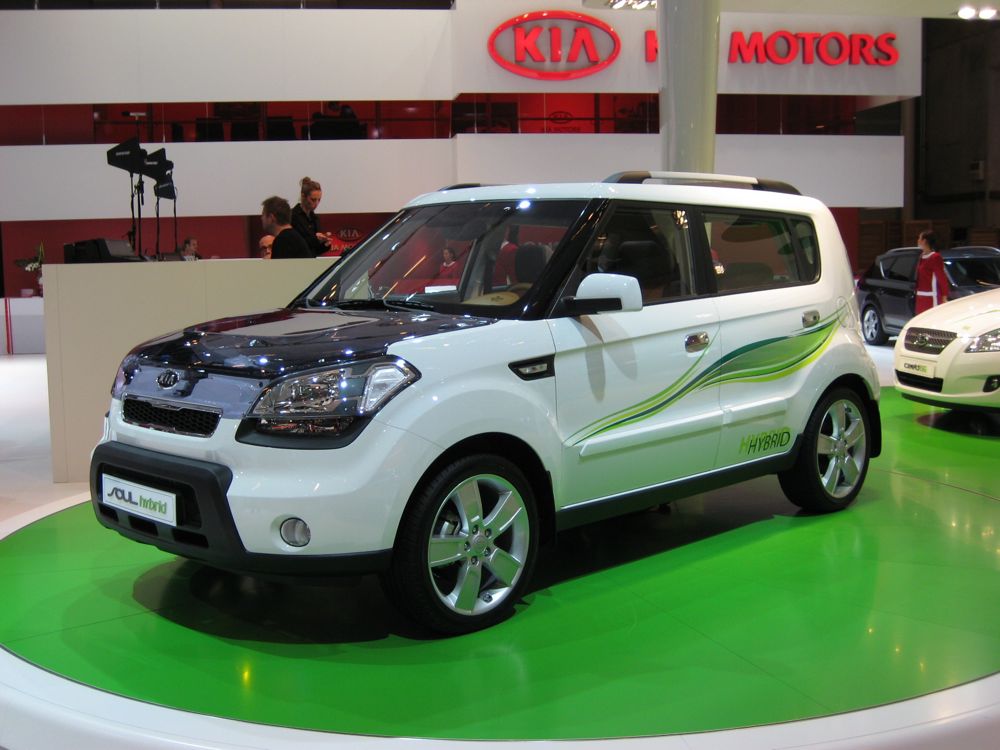 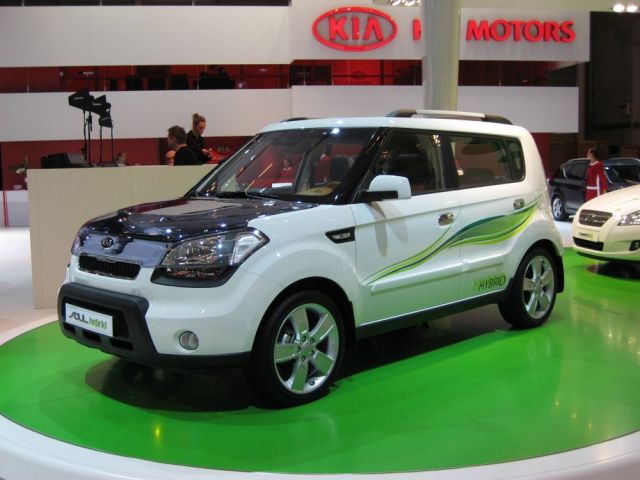 We already told you about the Kia Soul Hybrid's "transparent acrylic bonnet and floor," all the better to show off its gas/electric propulsion system and battery packs. But the official view from Paris also shows a panoramic powered folding fabric roof, a rare-but-cool feature seen on the likes of the BMW 318 ti and 1963 Volkswagen Beetle (where it was fabric but manually operated).

We also told you about the high-torque permanent magnet electric motor that fortifies the Gamma 1.6-liter gasoline four to the tune of an extra 77 pound-feet and 20 horsepower, and routes that additional urge to the Soul's wheels via a Kia-developed CVT.

Just like many other gas/electric hybrids (Kia being the king of imitation), the electric motor is mounted between the flywheel and the transmission, where it acts as starter motor and assistant for acceleration and hill-climbing. This electric ally also shuts off during high-speed cruising and employs regenerative braking to recharge the "Li-Poly 180 volt, 5.3 Ah power pack" located in the floor of the Soul's trunk (the very bottom of its Soul?).

Kia claims economy ratings of 48 mpg U.S., putting it in a virtual dead heat with Audi's A4 TDI concept e (48.95). Kia's claim that its Soul Hybrid "will accelerate briskly" from 0-62 mph in 12.3 seconds reveals that this will be a poky little beast, and will eat the dust of both the Toyota Prius and the aforementioned Audi (10.4 and 10.7 seconds to 60 mph, respectively). Kia says top speed will be 97 mph. The Audi tops out at 128 mph, and we've heard reports of the Prius hitting 106 mph. Autobahn drivers, take note.--Colin Mathews