Vice-Presidential Debate: Who's Second-in-Command in Your Driveway? 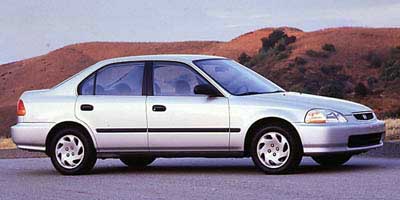 If you're among the drivers in this country with a spare vehicle or two (or 13, in the case of one current Presidential candidate), we'd like to know what your vehicular sidekick says about you, and what you use it for. No, not necessarily a Suzuki Sidekick--though fond memories of lugging around with a high school friend in that little capable-if-underpowered trucklet make me think it might now be a great way to take in fall colors and do some light off-roading and stream crossing.

Even if you don't have a second vehicle at present (presumably many have abandoned their gas guzzlers or even, sadly, sold their prized wheels to pay the mortgage), what would be your dream off-duty set of wheels? An old-school American muscle car in which to revel in gloriously irresponsible behavior like smoky burnouts and 6 mpg? An exotic Italian beast to polish, tune, and tow to Concours? An old rough-and-tumble truck to blast through hill-and-dale, or throw wood, nails, and construction projects into without worrying about scratches and dings?

Personally, being an eco-friendly car communist and rabid diesel enthusiast, I pine for the microscopic VW Lupo diesel, which is able to squeeze somewhere near 70 mpg from its torquey, ultra-efficient little turbodiesel mill. Of course (sigh), we can't buy this car in America. OK, fine, fine, I'll take a 1970 Chevrolet Chevelle Malibu SS 396, please. Metallic blue with white racing stripes. Even though I could only afford to drive it about five miles per week, they'd be five fun-as-hell miles filled with lusty exhaust rumble and neck-snapping torque. And the intoxicating aroma of unburned gasoline wafting from dual four-barrel carbs.

Car magazines are notorious for having grocery-getter grunt vehicles that are subservient beasts to the fine, blinged-out press vehicles rolling in and out of the stable every week. Like Dan Quayle was to George Bush I, these workhorses aren't expected to shine or impress or even operate with much polish. But their status below the shining stars was important, as was their ability to transport the grub and grease that the pretty boys didn't want to get their hands messy with.

At Motor Trend, we had a few ignominious "project vehicles," which were automaker's science fair project cars, or tired-out press vehicles driven to within an inch of their useful lives by rabid auto journalists. Inevitably, in some random PR gesture in an attempt for favorable mentions in the magazine, a company would offload one of these beasts and it would end up lurking down on G3, three levels below the street at Motor Trend's headquarters off Wilshire Blvd. in Los Angeles.

One such project vehicle came to be known as Bucky. Bucky was a proud Ford Bronco II painted flat black, festooned with a fake hood scoop, mag wheels, and mileage unknown on a broken odometer. The lowest schlep on the totem pole at Motor Trend (yours truly in 2001) got the opportunity to drive Bucky everyday. Despite a sputtering, wheezing V-6 that needing coaxing and lots of tired winding of the starter motor to fire up, the lightweight, simple design of the Jeep-like Bronco II quickly endeared me to my funky little daily driver. Whether ferrying editors to the airport, running errands for the office, or running to press vehicle pools with other car schleppers to pick up test vehicles, Bucky's short wheelbase allowed it to turn on a dime, its notchy stickshift was involving and fun in a day where cars nearly drive themselves, and you could throw any manner of dirty, muddy, smelly equipment and supplies in the back of this support vehicle on road trips without a care. Heck, just keeping the ancient Twin-I-Beam front suspension going in a straight line provided plenty of entertainment. I actually lamented the close of my days as Bucky's pilot when I was promoted up into the ranks that got to drive slick, predictable leather-lined sedans and overwrought, thirsty SUVs.

So, again, any second or third cars lurking in your driveway, shop, or basement? You know, wood-paneled Country Squires, half-assembled MG project cars, slick exotic beasts, or newly completed frame-off restorations (lucky bastard)? Tell us about it, and let us know why you keep it on hand as your second-car-in-command.--Colin Mathews