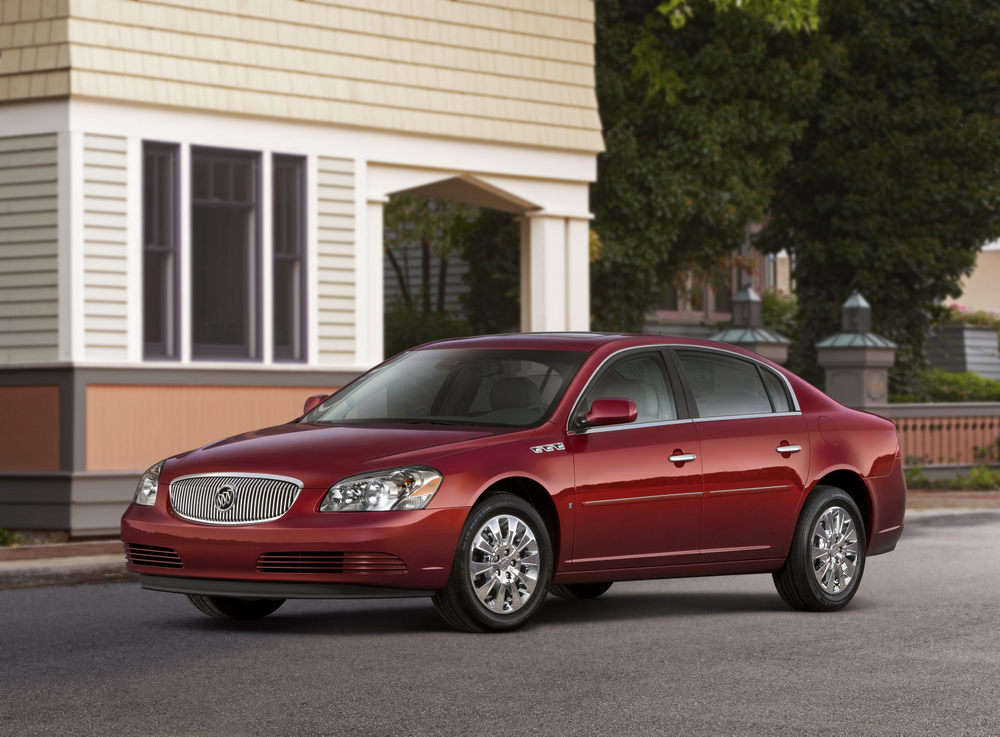 General Motors' ubiquitous 3.8-liter V-6 is soon to become extinct. For '09, it is replaced by GM's (more) modern 3.9-liter V-6 in the Buick Lucerne, leaving it barely hanging on in the Buick LaCrosse and Pontiac Grand Prix, which share a platform. Some will cheer the eventual passing of this antediluvian push-rod motor, while others will wax poetic about its bulletproof reputation, easy low-end torque, and storied supercharged and turbocharged versions.

Neither LaCrosse nor Grand Prix are competitive players in the crowded mid-size sedan/sport sedan segment (think Honda Accord, Toyota Camry, Chevrolet Malibu...but of course Buick would like you to think Lexus ES350, and Pontiac would like you to think Acura TL). That's partially due to their base engine, the 3.8-liter V-6, which is coarse and inefficient compared to its rivals' modern powerplants.

The 3.8-liter is of the ancient, but space-efficient, push-rod, overhead valve design that Chevrolet popularized with its small-block V-8 of the 1950s. In fact, the first version was a shortcut engine originally engineered by Buick in the 1960s simply by lopping two of the cylinders off its short-lived 3.5-liter V-8, though a cast-iron block replaced the V-8's aluminum block for cost reasons. According to Wikipedia, Buick launched it as the "Fireball V-6" in 1962.

In later iterations, the engine grew to its current 3.8 liters, sharing identical bore spacing and V-angle (90 degrees) as a larger Buick V-8 produced in the same plant.

The 3.8-liter V-6 was always meant as a low-rpm torque producer, and was employed in posh, floaty vehicles like Buicks, Oldsmobiles, and upscale Pontiacs where an understressed motor was meant to connote luxury. But being of old-school design, it didn't like to rev, and so it was perfectly happy torquing around town under grandma's gentle right foot. It got a serious boost via turbocharging in the awesome Buick Regal GNX of the '80s, which could easily smoke muscle cars like Mustangs and Corvettes of the day. But usually it was under the hood of your mom's '98 Regency Brougham or your dad's Bonnneville SE. Or in miserable economy, emissions-choked sleds like the 1977 Buick version that huffed out all of 110 hp.

GM's serious R&D has more than kept push-rod valve actuation a competitive technology (7.0-liter, 505 horsepower Z06 V-8, anyone?), and some of those advancements have trickled down to the venerable 3.8-liter. It is now relatively civil, smooth, and torquey. But it's still not happy at high rpm, and it can't compete with GM's own 60-degree push-rod V-6 family in both 3.5- and 3.9-liter flavors. That 3.9-liter benefits from variable valve timing, making it both more efficient, more powerful, and smoother due to its balanced nature than the 3.8, hence GM's decision to put it in the Buick Lucerne as base engine for '09.

Once GM kills the Grand Prix (the Pontiac G8 slots into that niche now), and updates the LaCrosse, we expect this engine's fate to be sealed. The engine won't go out without leaving a mark; Wikipedia calls it "one of the most-produced engines in history," with more than 25 million having rolled off the assembly line.--Colin Mathews