Connect with our dealer and finance partners through our site and ask for details regarding their at-home car buying services.
OK
HomeNewsExotics 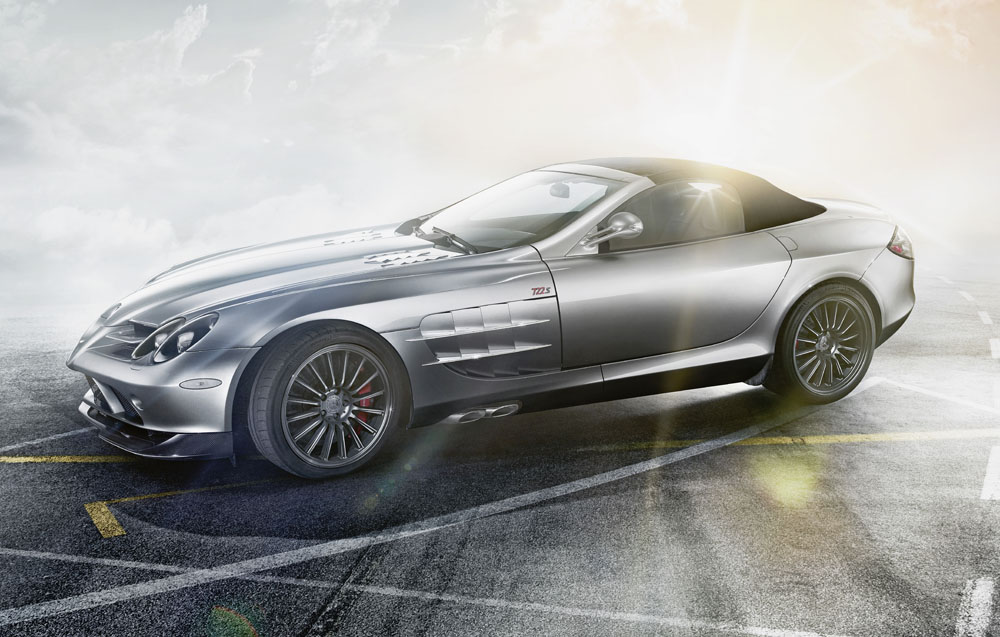 Long the purveyor of iconic cars (such as the 300 SLR Gullwing) that only the sickeningly rich can afford to purchase and maintain, today Mercedes-Benz announces a new edition of the SLR McLaren Roadster, the 722 S.

The big news is in the engine room, where 650 horsepower now moves the Roadster to 62 mph quicker (3.7 seconds) and on to a higher top speed (355 km/h, nearly 221 mph) than the standard SLR McLaren Roadster. "More dynamic suspension tuning and improved aerodynamics," according to Mercedes, round out the necessary changes to this new edition with frightening levels of performance.

In explaining the nomenclature of this new model, Mercedes says it's hearking back to racing legend Stirling Moss' and co-driver Dennis Jenkinson's victory at the 1955 Mille Miglia in a Mercedes-Benz 300 SLR. In that particular event, the 300 SLR's start number was 722.

We wonder if a true gearhead would be OK with this new, limited-edition (150 units) roadster sharing both engine displacement and fundamental engine design with the G55 AMG truck SUV. Or that it makes do with only an old-school, five-speed torque converter automatic transmission in the sparkling new world of dual-clutch automated manuals or Mercedes' own seven-speed torque converter automatic. Not that a beast this powerful needs lots of gears or even tech like direct injection to achieve its stunning performance numbers. But shouldn't the most money buy you the most tricked-out toy?

Image-first types like Donald Trump are surely the target market for convertibles like this, but we doubt his comb-over would survive the the journey to 221 mph and back.--Colin Mathews