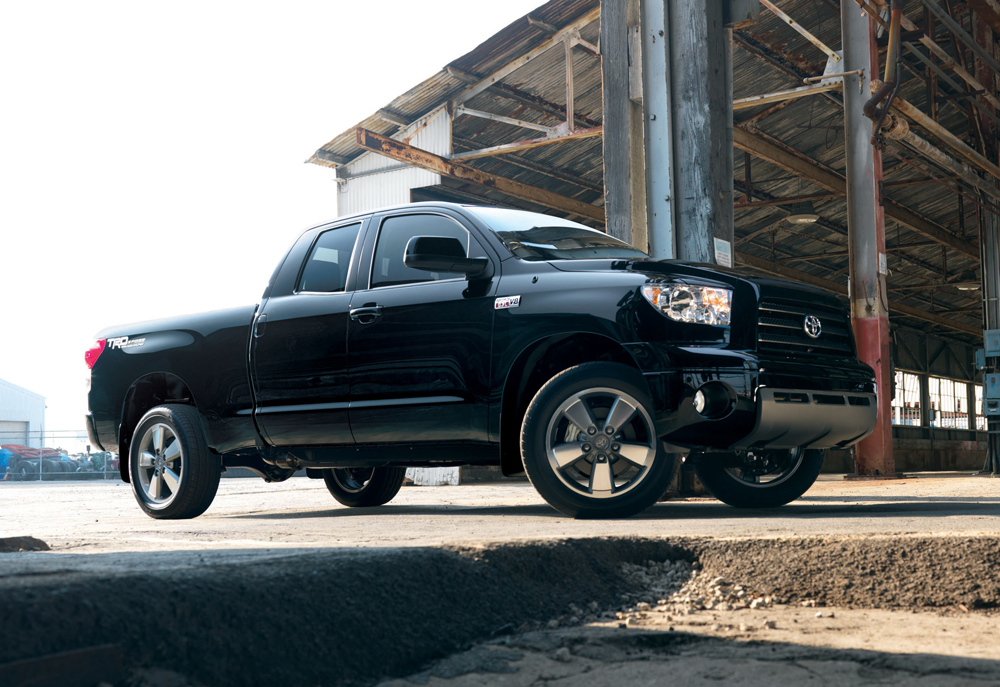 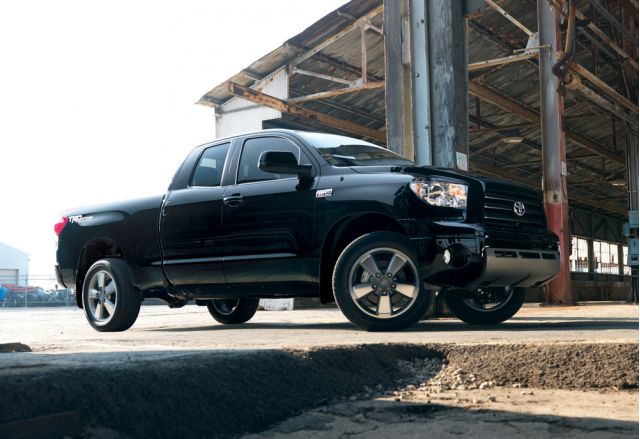 Without much else to talk about on its new-for-'07 full-size Tundra, Toyota's pickup that finally went full size just as the U.S. market began a forced downsizing, Toyota is trumpeting two new TRD (Toyota Racing Development) packages. The full-sizer ranges from large to behemoth, and in our review of the 2008 model, we found it to be a very capable, comfortable, and swift truck, if not exactly a fuel-efficient one.

The second package, the TRD Sport Edition, will be featured only on 4X2 Regular Cab and Double Cab (standard bed) models, and also will only be available with the top-level 5.7-liter i-Force V-8. Special items on this edition include similar style and equipment changes inside and out as the Rock Warrior, but changes out the off-road wheels and rubber for "20-inch machined star five-spoke alloy wheels." Colors on the TRD Sport Edition are limited to Black and Radiant Red. It, too, gets body-side graphics announcing its sportiness to the driving public, and we just hope that said graphics are a little classier than, say, those on the Mitsubishi Mighty Maxx of the 1980s.

Wake us up when Toyota finally puts one of its great Japanese diesel engines under the Tundra's hood, or comes up with a Tundra Hybrid Synergy Drive or CNG-powered edition. A 0-60-mph time of 6.1 seconds would be awesome, especially in a full-size pickup. But, sadly, 13/17 mpg just doesn't sell tons of vehicles these days.--Colin Mathews