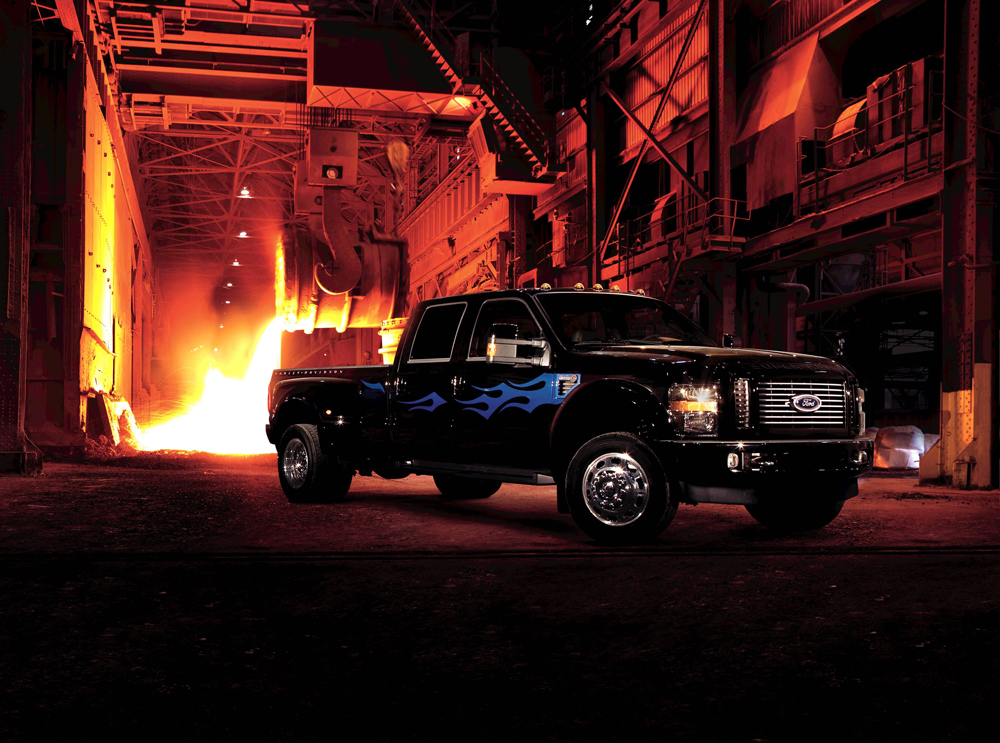 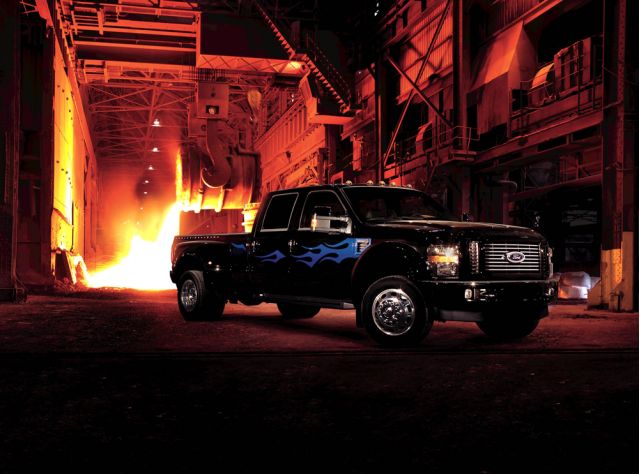 Like a little bling with your tow rig? Ford extends its iconic Harley-Davidson Edition to the gargantuan F-450 Super Duty, "America's most capable work truck." So if twin turbos, 6.4 liters of V-8 diesel, dually rear wheels, and a 9,360-pound curb weight (gulp) aren't attention-getting enough, perhaps some Harley badges and decor will make you happy.

The Cabela's Edition of the Super Duty, also announced, should thrill fishing-hunting-wildlife types like Sarah Palin. We can only guess at the gun racks, ammo storage, and camouflage appointments contained on this special edition that'll put your sissy Eddie Bauer Edition in a headlock and give it a noogie.

No, neither of these behemoth trucks will make environmentalists very happy, though new emissions regs for its diesel at least have it spewing ultra-clean, smokeless exhaust from its funky twin tips. Nor will they ring in as a bargain, with a base F-450 Super Duty starting at a princely $51,280. But in oil-rich Alaska, where "on average, three-quarters of the value of a barrel of oil is taken by the state government before that oil is permitted to leave the state," according to Michael Kinsley in Time, driving a thirsty truck just supports your proud state. And the F-450 Super Duty can tow a heck of a lot of weight--a 33,000-pound Gross Combined Weight Rating (GCWR), to be exact.

What we wanna know is if the Harley Edition would qualify for a "Hybrids and Harleys for Obama" bumper sticker.--Colin Mathews 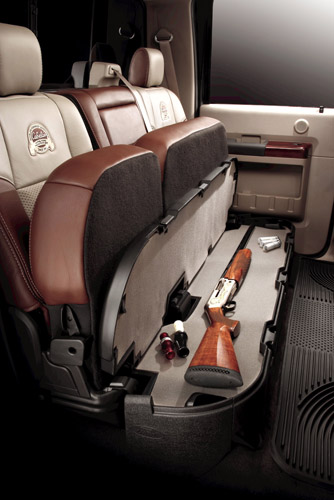