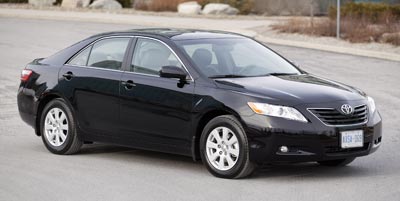 Previously the the fuel used mainly for clean air bus fleets and stoves in mobile homes--and some Honda Civics--CNG (Compressed Natural Gas) gets a bump in popularity with Toyota's announcement of a CNG Camry Hybrid concept to debut at the L.A. Auto Show in November.

Toyota has done this before--notably, a 1999 CNG Camry marketed to fleet customers in California. That attempt flopped due to cheap gasoline, special refueling techniques, and a limited number of refueling stations. Of note, there are still only roughly 1,000 CNG stations setup for vehicle refueling, and less than half are open to the public.

Recognizing its drawbacks, Toyota still believes CNG could grow in the future given "rapidly changing market conditions" and the rise of environmentalism. Also, it states, U.S. CNG pipelines currently travel about 1.8 million miles and are still expanding in reach.

Finally, the automaker views expansion of the CNG network as a possible model for the expansion of a hydrogen infrastructure, a future fuel with a supply network even more nascent than CNG.--Colin Mathews