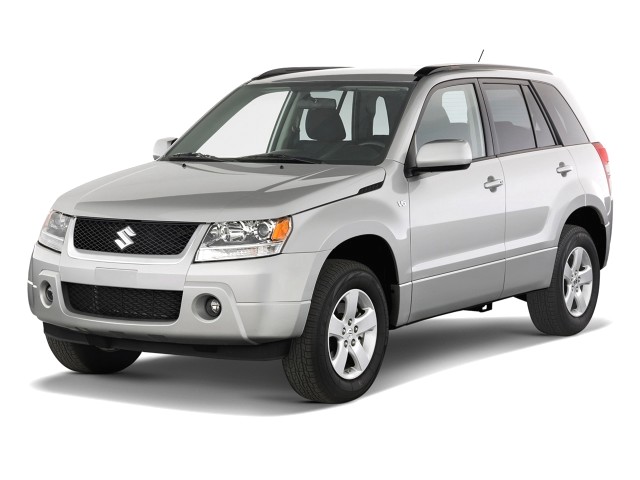 Suzuki should strongly consider renaming this vehicle. Bearing little resemblance in performance, panache, or style to its mediocre, cramped predecessor that debuted in the United States around the turn of the millennium, the freshened '09 GV (that's what we'll call it) is a decided 180 from the original.

New for '09 are both a base four-cylinder, at a very RAV4 and CR-V 2.4 liters, and a 3.2-liter V-6 based loosely on the GM high-feature V-6 found in products as disparate as Malibus, Enclaves, and the CTS. The four-cylinder, Suzuki's own design, benefits from the wonders of variable-valve timing and is smooth, torquey, and more than adequate in the Grand Vitara. Its torque curve is arguably more usable than the V-6's, which finds most of its motivation at mid-to-high rpm. All the better, as the four is capable of a respectable 26 mpg on the highway. Even hampered by only four ratios in the optional automatic transmission (vs. the V-6's five-speed auto), the four was responsive and only showed flaws with a bit of coarseness at high RPM compared with segment leaders Honda and Toyota.

Suzuki brought a slew of GVs along to Knibbe Ranch, where we also drove the new-for-'09 Equator pickup. Proving the benefits of rear-wheel-biased 4WD in a balanced chassis, the GV went absolutely everywhere the bigger, badder Equator went. Through streams, over rocks, up muddy inclines, and across split-traction surfaces from a dead stop. Not to mention, with a shorter wheelbase and lighter curb weight, some of us preferred the Grand Vitara in the rough stuff, where extra weight and size are liabilities. Optional four-mode four-wheel drive with a true low-range, lockable center differential, Hill Descent Control (V-6 only), and Hill Hold Control (V-6 only) made our test examples shockingly competent, far beyond what soft-roaders like the Honda CR-V and Toyota RAV4 could manage.

With interior upgrades also included for '09, including touches like electroluminescent instrumentation, the GV is finally a refined on-road competitor to the likes of the aforementioned Honda and Toyota. And for small-SUV buyers who need serious off-road capability, the GV truly rates a test drive.--Colin Mathews