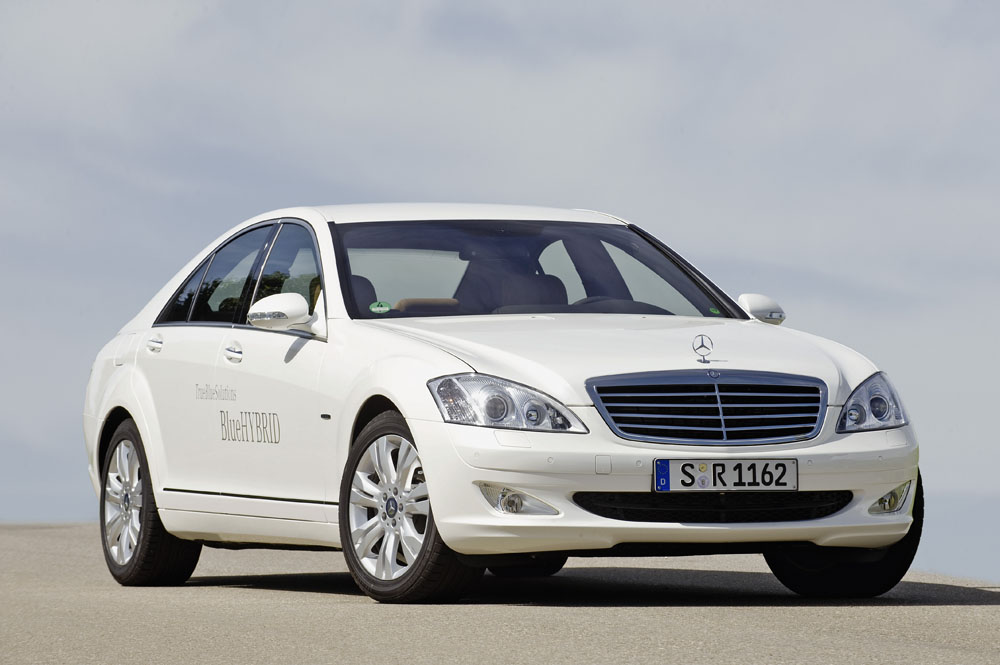 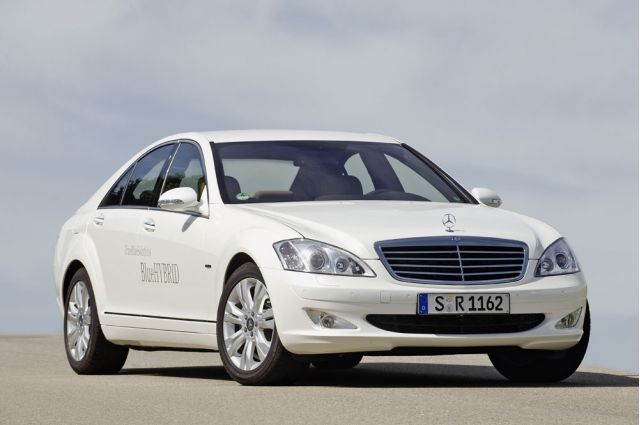 With the advent of its new S400 Hybrid, Mercedes-Benz says it has the greenest internal-combustion-powered luxury sedan on the planet.

It may sound like a mouthful, but each part of that description points to an S-Class with impressive fuel economy rating of nearly 30 mpg in the European cycle--making it nearly as economical as some of Benz's European diesel offerings, while keeping the trappings of the range-topping S-Class intact. The S400 Hybrid also accelerates to 60 mph in about 7 seconds, preserving the performance expected from a Mercedes sedan.

Mercedes gets those lofty fuel economy figures with what it says will be the first lithium-ion hybrid batteries to hit the road. That's in a series-production vehicle, which means by Benz's accounting, the hand-built Tesla Roadster doesn't count. With its 2009 model-year designation in Europe, the S400 Hybrid will beat the 2011 Chevrolet Volt and the coming Toyota Prius plug-in hybrid to market by at least a calendar year.

The S400 Hybrid is based on the existing S350 sedan; its batteries and motors are teamed with a 3.5-liter gasoline-powered engine with 279 horsepower. The electrics add another 20 hp and 118 pound-feet of torque at zero rpm. The standard seven-speed automatic has been modified for hybrid operation, and stop/start functionality is hardwired in the new hybrid's electronics. Energy is captured for battery charging through regenerative braking.

Mercedes will sell the new hybrid in the United States starting a year from now. No pricing has been announced. We'll have more on the Hybrid, and on the Mercedes concept Fascination, from the Paris auto show in two weeks' time. 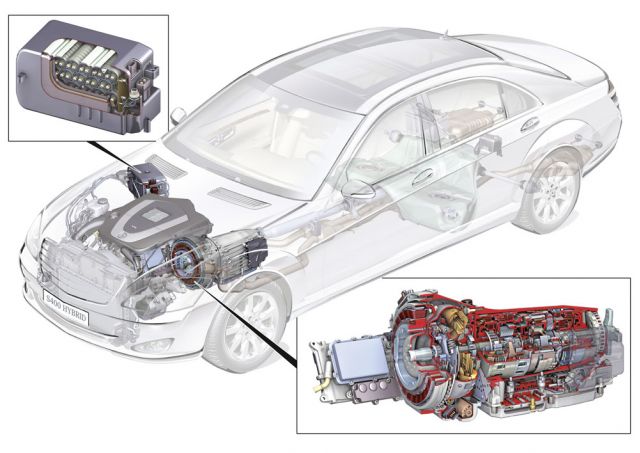