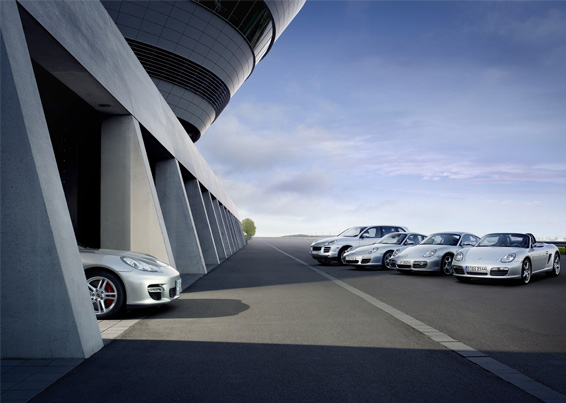 Porsche has revealed the first production photo of the 2010 Panamera sedan, but you'll have to get a Lasik tuneup to get much out of the first official shot.

This photo shows the new sedan's front end from the wheel forward, accompanied by the briefest of releases that play up a new online magazine for Panamera enthusiasts and possible owners. The site will include videos of the Panamera Granturismo on test drives (cloaked in spy-photo gear), and will include many ways for Porsche to sidle up next to potential buyers.

Porsche promises full photography by the end of the year on the Panamera, which will be built in Leipzig, Germany. The Panamera goes on sale next fall.