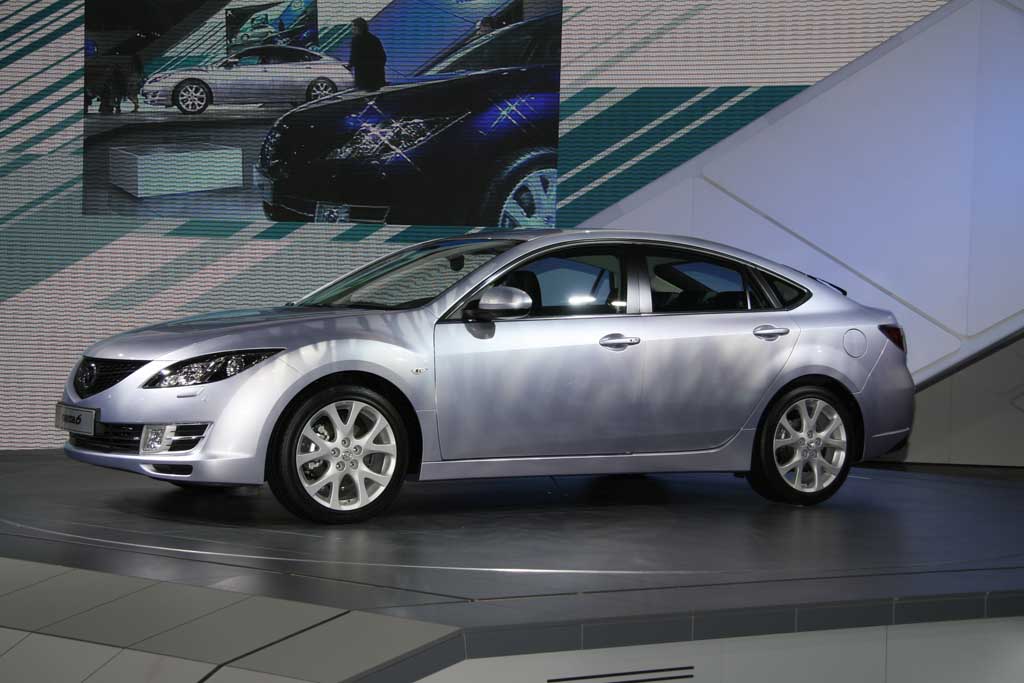 Mazda's joining the stop-start club with a new system that uses a trick approach to give its application better fuel economy and usability.

When the driver of a SISS-equipped Mazda comes to a halt, the engine shuts itself down while arranging pistons strategically within their four cycles. When said driver asks for acceleration again, direct injectors, spark plugs, and perfectly-placed-pistons (wow, this alliteration is fun) get things firing again, with no need for any of that annoying grinding away at the flywheel. Mazda claims the system is both quicker to react (starting in 0.35 seconds) than a traditional starter and improves fuel economy in urban stop-and-go driving by a significant 10 percent. Mazda plans to introduce this feature sometime in the 2009 model year. We're not sure which vehicle will get it first, but the 2009 Mazda6 shown here seems like a very likely candidate.