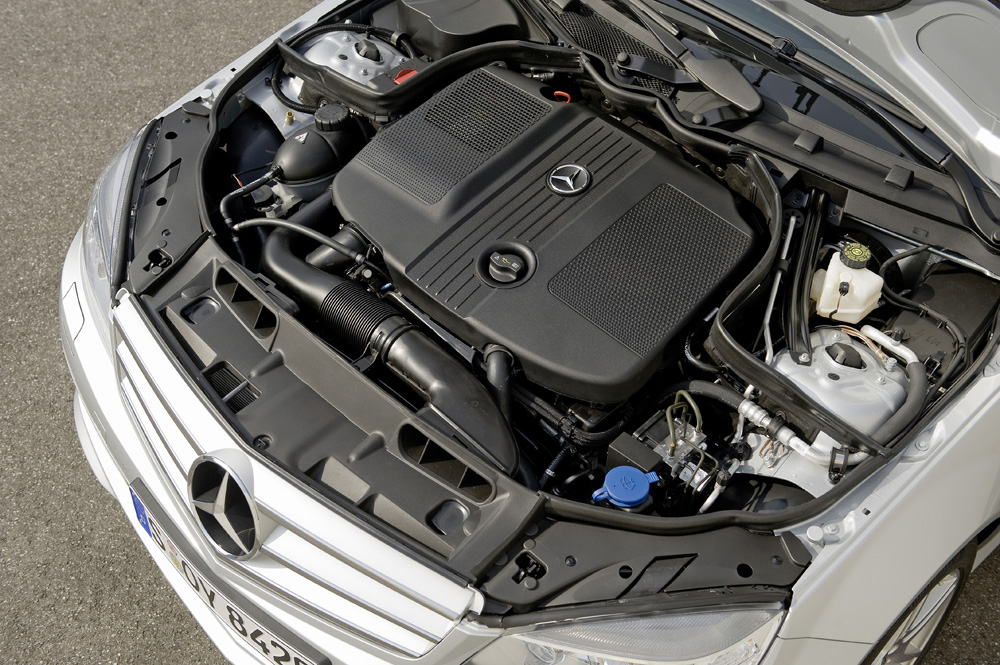 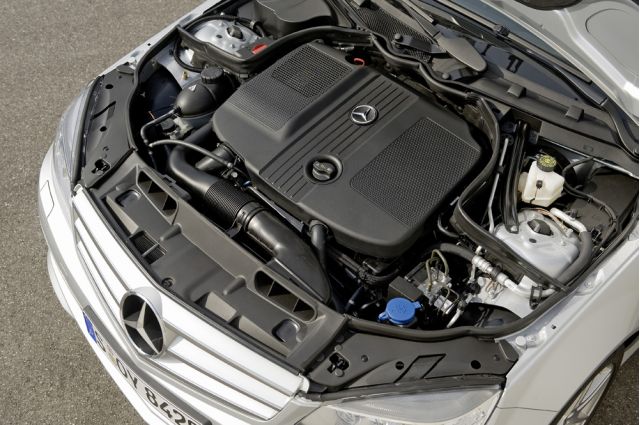 Making even its recent V-6, aluminum block diesel (E320 BlueTEC, ML 320 BlueTEC, GL320 BlueTEC, and R320 BlueTEC) a thing of the past, Mercedes-Benz is set to rattle the diesel world with its new generation of oil burners this fall.

The first engine in the family to be released is a four-cylinder displacing 2.2 liters, using not turbocharging but dual-stage supercharging, producing a stout 204 horsepower and...wait a minute...369 pound-feet of torque. This lends the C250 CDI BlueEFFICIENCY Prime Edition, the model in which it debuts, a 0-62-mph time of 7.0 seconds. Those numbers blow past the already quick Jetta TDI Clean Diesel, which it surpasses in displacement by only two-tenths of a liter, and if U.S. EPA economy numbers match or better the VW, Mercedes is set to make an absurdly compelling argument on the diesel's behalf.

Mercedes claims 5.2 L/100km, which works out to 45 U.S. mpg, "a value achieved by no other comparable motor car." But VW initially said 50 mpg for its just-released Jetta TDI Clean Diesel, and the EPA came back with a rating of 40 mpg highway for that engine. So we'll wait until the engine comes stateside and our EPA gets its hands on one for testing.

Speaking of stateside, there is no mention in Mercedes' release about relevance or plans for North America. But boasting that the engine "complies with the future EU5 emissions standards and, beyond that, has the potential to comply with the EU6 and BIN5 standards as well," leads us to believe they are readying the engine for possible use in the U.S. (Tier II, Bin5 standards are the current targets for U.S. diesels). Mercedes' U.S. team has confirmed the engine will come over in the new GLK sport-ute within a year or so.

Lending luxury-car flair to the once-dowdy diesel, the C250 CDI BlueEFFICIENCY Prime Edition builds on the European AVANTGARDE trim level, heretofore unavailable on C-Class sedans. A distinct grille with a bling-size Mercedes star superimposed, aluminum interior trim, and upsized wheels and tires give it visual distinction. Only available in black or two silvers, it may be optioned with an optional diamond white metallic and AMG package to set it further apart from garden-variety C-class saloons.