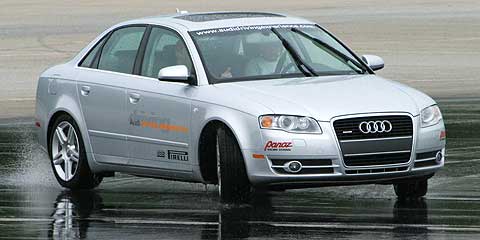 Citing reports in the Northeast of reduced fatalities when driver's license ages were raised, the U.S. Insurance Institute for Highway Safety feels that raising the age even one year, to 17, for a driver's license would significantly reduce deaths on U.S. roadways.

Today, only New Jersey prevents citizens younger than 17 from obtaining a driver's license.

The idea of raising the driving age, currently 16 for nearly all states, is an unpopular one. Measures to raise the driving age in Delaware, Florida, Georgia, Massachusetts, and Illinois all met with failure.

The Institute is careful to point out the distinction between youth and inexperience, realizing that it is not just age that is a factor in crashes involving teens. Nonetheless, according to their own studies, "new drivers who are 16 years old have higher crash rates than older teenagers who also are new drivers." The Institute also points out that throughout the world, especially in Europe and Australia, driving ages are higher and teen driving fatalities generally lower. They do not discuss the extremely rigorous driver education and training required in countries like Germany.

Our take? While increased licensing ages might eventually fly in U.S. urban centers where the bus and subway are as prevalent, or more so, than the automobile, both impatient teens and exasperated parents in suburbia might well continue to veto. Sick of ferrying the kids to and fro in the suburban sprawl that makes up a huge chunk of America, house-wives and -husbands across the country might insist on sticking with sweet 16.

For the full report, click this link to the IIHS.