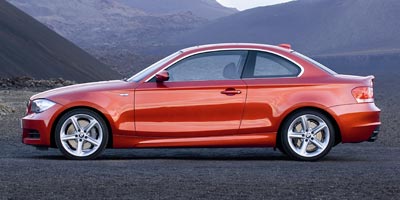 The last time BMW installed a four-cylinder powerplant in a 3 Series, a Clinton was in the White House--and not just as a dinner guest. With fuel prices at semipermanent highs, BMW USA is considering adding a four-banger back to its lineup in its 3 Series and 1 Series models, so says Edmunds Inside Line.

Far from the lightweight 2002 that is their spiritual successor, today's 3 Series and even 1 Series are solidly 3,000-pound-plus vehicles. But with modern technology, such as variable valve timing (double-VANOS in BMW-speak), direct injection, balance shafts, and more ratios in transmissions automatic and manual alike, getting all those pounds moving with a modern four cylinder shouldn't pose the problem it did back in the '80s.

Nor should refinement or cachet be an issue. According to Edmunds, both the 320i and 120i are strong sellers in Europe, and both feature a 2.0-liter, 167-horsepower direct-injected four. And for the younger buyers BMW is trying to woo into its 3 Series and 1 Series, less money at the pump with the bonus of driving an environmentally responsible ride can only pay dividends.

The four-cylinder BMW of yore was unpopular at best. Ever see an older-gen 3 Series with no badging on the decklid? You can be sure that was a 320 whose driver didn't want the world to know he couldn't ante up to the expected six. But this was all before gas hopped the unbelievable $4-per-gallon barrier. Hybrids are in vogue, Mercedes has set precedents with BlueTEC and might soon be introducing the frugality of four-cylinder diesel vehicles in the U.S., and Audi/VW have their own diesels and a small turbo four.

That leaves BMW out in the cold, and with that company's curb weights and displacements only on the rise (witness the latest round of thirsty twin-turbo sixes and eights in hefty new entries like the X6 and new 7 Series), even if their premium buyers don't mind the the shock at the pump, the automaker faces an anti-environmental image that just doesn't jibe in this day and age of the rich and famous wheeling around in Priuses.--Colin Mathews