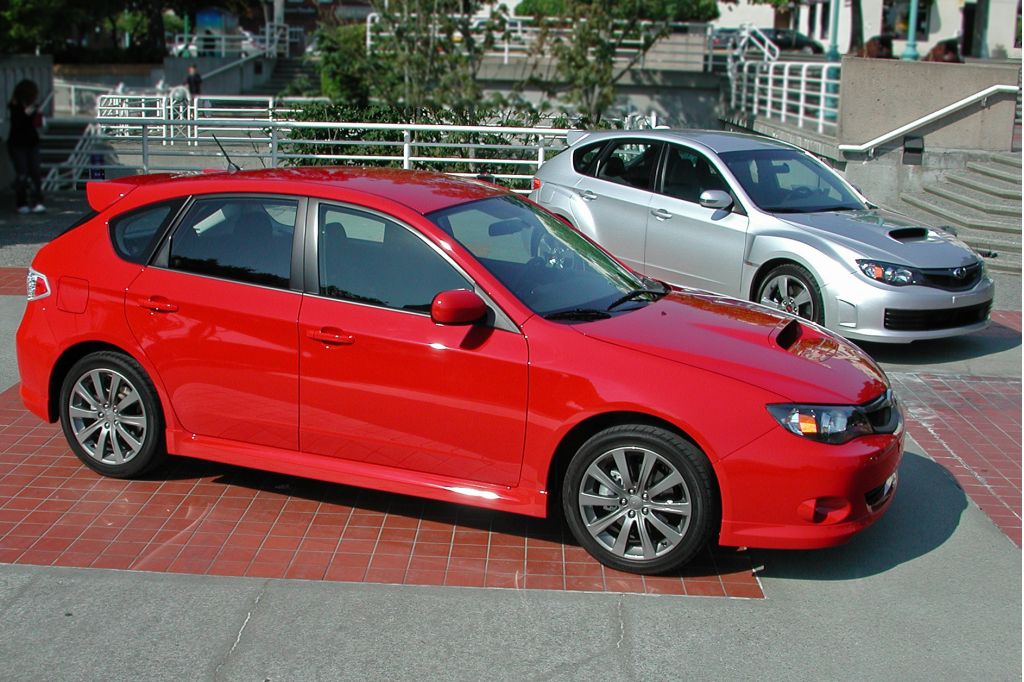 Big news from the purveyor of symmetrical all-wheel drive and devotee of horizontally opposed engines: Subaru adds a 'tweener Impreza model to slot bridging the Impreza 2.5i and the enhusiast-oriented WRX and WRX STI--which we told you about a few weeks back--and now they're pricing the new versions in the mid-$20s.

Dubbed the 2.5GT, the new Subie's turbocharged and intercooled flat four churns out 224 horses, 41 hp shy of the newly fortified WRX. Actually, those 224 horses are the exact same output as last year's WRX, so perhaps this was just a way to up the semi-soft performance of the WRX without alienating buyers who want more power with less flash. The 2.5GT is about equal in power with Mitsubishi's similarly positioned Lancer Ralliart (at 235 hp, and slotted between the econo Lancer and the Evo), though its yesteryear four-speed auto can't hope to compare with the Ralliart's slick dual clutch automated manual gearbox that features six ratios.

Alas, the autobox is the only transmission available in the 2.5GT. Thanks to a half-liter greater displacement, though, one would expect the 2.5GT to hold its own. We can only hope that Subaru adds a ratio or two in the near future to improve both performance and fuel consumption in their thirsty flat-four turbos.

The 2.5GT sedan starts out at $26,995, the five-door at $27,495, placing this trim some $2,000 higher than comparable WRX models but still significantly cheaper than the toney STI, which starts at $34,995. Included for the 2.5GT's slightly higher price than the WRX are an Active AWD version of Subaru's Symmetrical AWD as well as a power moonroof. Active AWD is simply a front-biased system that throws power rearward when slippage is detected at the front wheels through a hydraulic multiplate transfer clutch (think Honda CR-V and other soft roaders). When compared to the continuous AWD used in manual-transmission Subarus that features a 50/50 front-rear power split, Active AWD will lend the 2.5GT a less sporting, greater understeering nature through turns and during aggressive driving.

Rounding out mechanical updates to the Impreza line, the base 2.5i now receives the rear disc brakes, brake assist, and VDC (Vehicle Dynamics Control) previously standard only on uplevel models.--Colin Mathews