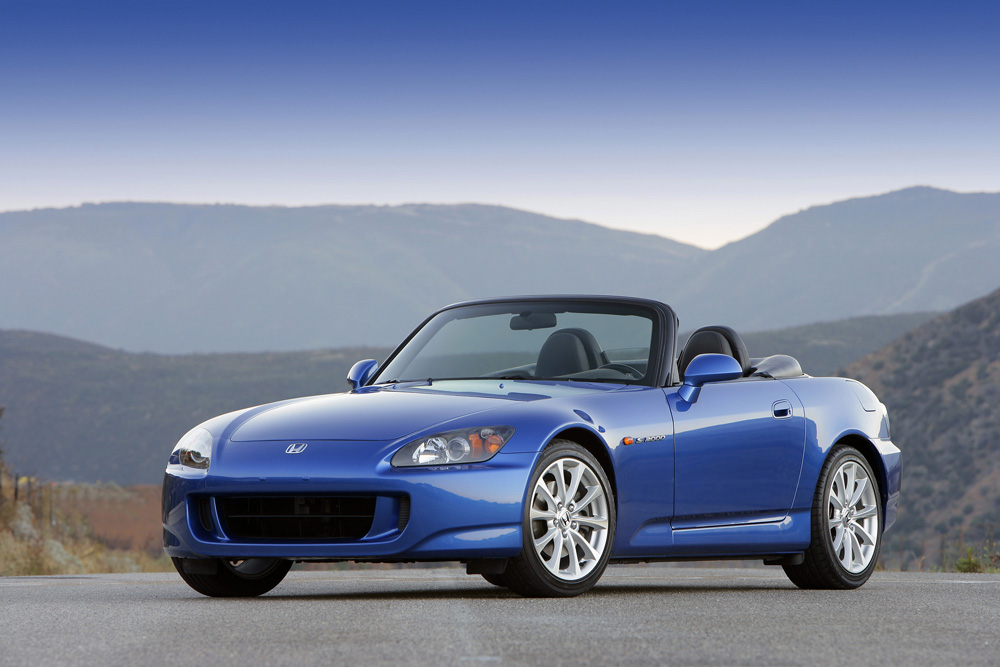 The Honda S2000 will soldier on for another year in its current form--but has it stayed at the sportscar party too long?

Honda says the "performance icon" will get new paint colors for the 2009 model year, but the essentials--the 237-horsepower four-cylinder engine, six-speed manual transmission and convertible top--remain in place. The lightweight S2000 CR also returns, with its track-tuned suspension intact.

We love the S2000's handling and its insanely rev-happy engine, but after nine years out there, it's starting to feel a lot like the Acura NSX, a car that Honda execs have said lingered on too long. Honda seems to be interested in another convertible sportscar--witness the OSM concept from the London show this summer--but that concept is said to have no future. And to date, the S2000 doesn't seem to have a funeral plan in place.

What's your take? Does Honda need to broom the S2000 and lay new ground for the CR-Z hybrid sports coupe, or let the S2000 stick around for a couple more years? Tell us in a comment, and keep your ears on for the Paris show and the international debut of the new Honda hybrid family.