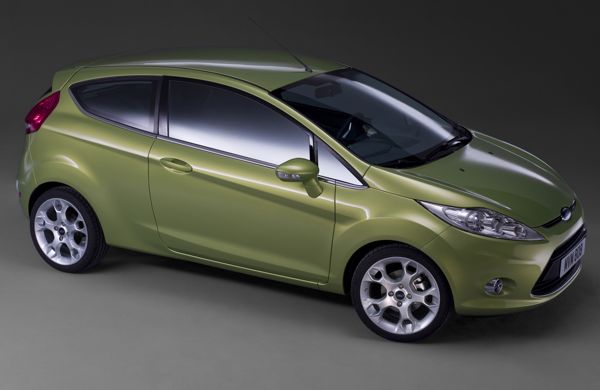 Ford's popular SYNC system has boosted sales across its lineup. And though Ford's exclusive on the system is set to expire soon--Hyundai is rumored to get a similar setup in 2010--the automaker's keeping it at the center of its in-car communications package, right down to the tiny Fiesta subcompacts coming for the 2011 model year.

At a Lincoln backgrounder during the Pebble Beach Concours weekend, Ford president of the Americas Mark Field said the SYNC system would indeed be available in the Fiesta from launch.

Earlier this month, I sat in the new Fiesta at the London auto show and had doubts as to where the existing SYNC would fit, but a ride this week in the 2009 Ford Escape shows the way--instead of using a touchscreen interface like that on upscale Ford models, the Fiesta likely will use a set of buttons and a slim readout screen like the one on the new Escape.

Fitting SYNC in the Fiesta is just one of the tasks ahead for Ford. Last week, the company said it was putting 40 engineers on a new tech team devoted to in-car connectivity, and prior to that, the company committed to making the Fiesta and 2011 Ford Focus the highest-quality cars in their segments.

To be built in Mexico, the new Ford Fiesta arrives in both four- and five-door versions in early 2010. Stay tuned as we bring you more as the model rollout continues.