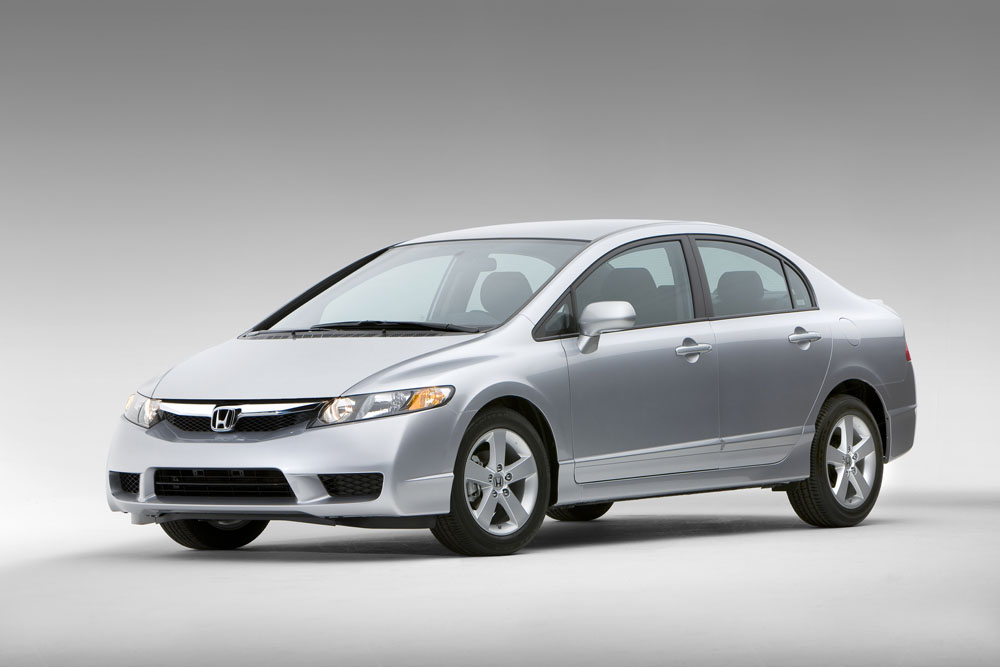 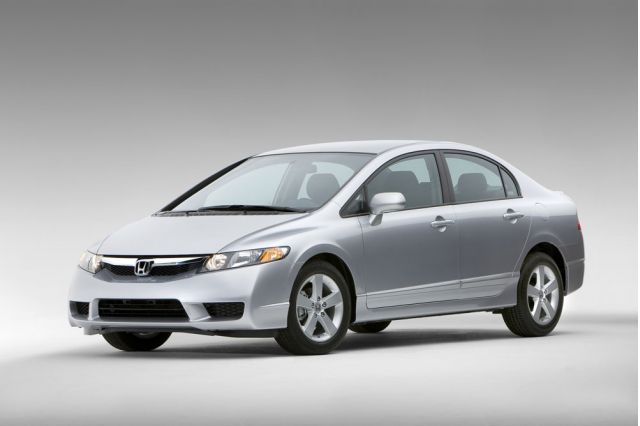 A new front end and some marvy new tech features are the highlights of the 2009 Honda Civic and Civic Hybrid lineups, the Japanese automaker said today.

The major news is a mildly revamped front end. The Civic's bumper gets a few more creases and a newly styled grille, along with new taillights and clear lens covers. New alloy wheels also appear on the highest trim levels of the Civic--EX, EX-L and Si--and the Si models also get fog lamps.

Inside, the Civic lineup adds Bluetooth and a USB audio interface, but the former's only available with the navigation system package and the latter, only on the EX, EX-L, Hybrid and Si models. Civic Hybrid models also get optional leather seating. All Civics get new interior fabrics. As for safety,the Civic Hybrid and EX-L now get standard stability control.

Honda also is adding two new models to the Civic lineup. The Civic DX Value Package takes the entry-level sedan and adds standard air conditioning and a sound system with an auxiliary jack, while the LX-S model puts new wheels and some new interior trim on the LX model, along with a rear spoiler and a polished exhaust tip.

All powertrains are carried over from the 2008 model year.