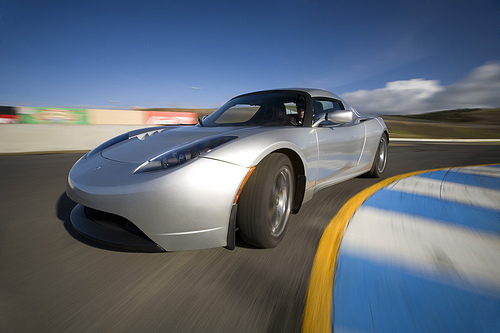 Tesla plans a new range of electric and hybrid vehicles based on its upcoming sedan, Autocar reports.

The magazine says Tesla will spawn a range of new vehicles from the basic architecture of the 2010 Tesla Model S, a new five-seat four-door that's promised to be available in electric-only and hybrid versions. It quotes Tesla executives as saying the new sedan is "90 percent" designed.

The sedan will be a stand-alone model not related structurally to the Tesla Roadster, which the company says is being delivered to customers now. The sedan is to be built in a new factory in California, thanks to tax breaks agreed upon with the state; San Jose is one of the locations under consideration for the new factory. Up to 20,000 sedans will be built each year. A four-door coupe and a sport-utility vehicle are in the plans for Tesla through 2015, but no introduction date's been announced.

The new sedan, Autocar says, will use lithium-ion batteries and a single-gear transmission as its drivetrain.