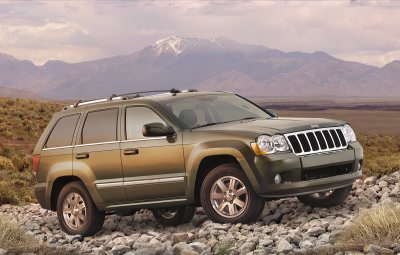 Both the Detroit News and the Wall Street Journal report today that Chrysler president Tom LaSorda confirms his company will spend almost $2 billion to retool its Jefferson North plant to build a new crossover vehicle.

The $1.8 billion investment will go to develop a new car-based crossover vehicle that will replace the Jeep Grand Cherokee, the Journal quotes LaSorda. The money will go to building a flexible line at the plant and to new tooling, and likely includes development costs for the new vehicle also.

The News adds the vehicle will sport a version of Chrysler's in-progress Phoenix V-6, for better fuel economy.

The current Grand Cherokee rides on its own unibody architecture. What form the new vehicle will take isn't clear, or from what car platform it will be derived, but LaSorda says retooling will be complete by the end of next year and the new crossover will be in production early in 2010.