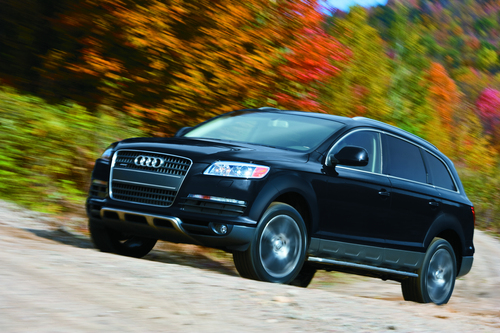 The Insurance Institute for Highway Safety has spoken--and it's giving its Top Safety Pick label to the Audi Q7.

TheCarConnection.com has revised our full review of the 2008 Audi Q7 as a result, though it already earned a score of 10 from our editors for its superior crash performance from the National Highway Traffic Safety Administration (NHTSA).

To earn the IIHS award, the Q7 had to get a rating of "good" for front, side, and rear crash protection in the IIHS' more stringent crash tests. It also had to have standard stability control, which it has had since its launch in 2007.