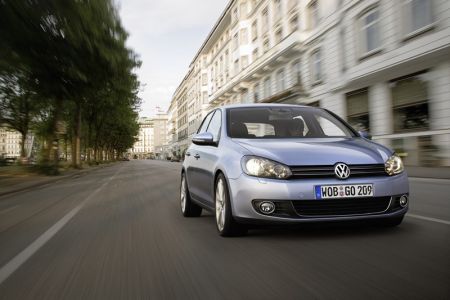 Autocar magazine also reports that Volkswagen is ditching V-6 power in its next hot edition of the Golf, and will use the occasion to meld the R32 and GTI ranges.

The new high-performance GTI edition of the Golf/Rabbit hatchback will appear in showrooms early next year in Europe, with U.S. plans unknown. It may also be shown off this fall at the Paris auto show.

The big change will be under the hood, where the GTI will get a turbocharged 2.0-liter four as in today's car. The next GTI, however, won't be topped by a six-cylinder R32 version, as VW won't be able to meet new Euro emissions standards if it offers a big-engine version. Instead, a GTI-R will get a 265-hp version of the turbo engine, along with all-wheel drive.

Autocar says the new GTI will get a slightly sharper edge to its handling than the current car, making it feel more like the new VW Scirocco, which has been withheld from the U.S. market.