Morgan Freeman Flips Car, On the Mend in MS 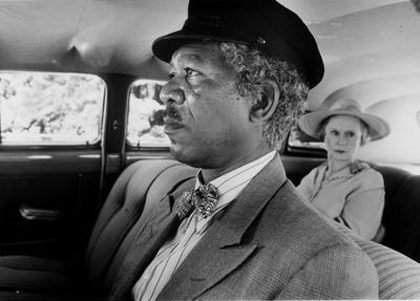 Academy Award-winning actor Morgan Freeman is said to be on the mend after a rollover accident last night in rural Mississippi.

TMZ.com reports that Freeman was in the car with a passenger, driving a '97 Nissan Maxima down rural Highway 32 near Ruleville, Miss., when the car hit the edge of the road and flipped. Freeman's injuries were serious enough to have him helicoptered to Memphis for treatment, but the site reports he's aware and coherent and even in good humor as am-pro paparazzi snagged pics of him waiting to be loaded into the chopper.

Freeman's won a bunch of awards, but we like him best for his Golden Globe-winning turn in Driving Miss Daisy (1989), filmed right around the corner in the Druid Hills neighborhood in Atlanta.