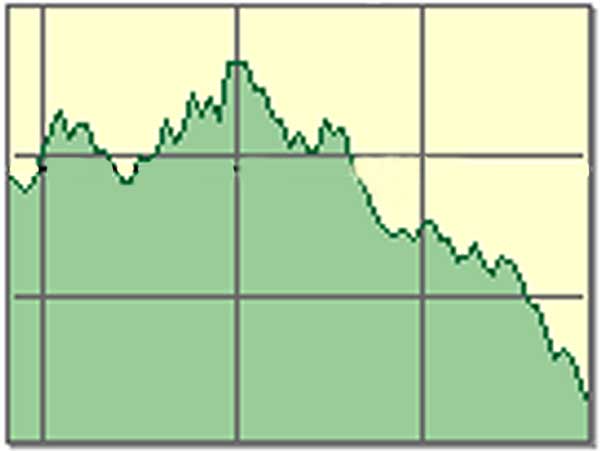 Might as well keep the bad news coming. In this case, it's Chrysler rolling up a wave of red ink - $431 million, to be precise, during the second quarter of the year.

The decision to release financial data came as something of a surprise; as part of the privately held Cerberus Capital Management, the automaker has not been required to provide the figures since last August, when it was sold off by former German parent, Daimler AG.

Comments by CEO Bob Nardelli suggest Chrysler lost about $1.7 billion last year. Officials insist that the April-June 2008 numbers were not all that bad - they certainly looked good in light of Ford Motor Co.'s record $8.7 billion second-quarter deficit - and that they have a "clear strategy" for turning things around. Yet industry analysts are generally more concerned about Chrysler's viability than they are about either Ford or General Motors, which is running deeply in the red as well.

Chrysler sales were down a punishing 22 percent during the first half of 2008, as demand for models like the big Ram pickup and Jeep Grand Cherokee stumbled. Light trucks traditionally account for about two-thirds of the Detroit maker's total volume. But it has had a rougher time regaining traction on the passenger car side of its lineup than either Ford or GM. A number of recent models, such as the Sebring sedan, have fallen short of expectations, partially as the result of poor reviews, but also due to low scores in recent quality reports - such as J.D. Power and Associates' Initial Quality Survey, where Chrysler ranked well below industry average.

Its cross-town rivals have substantial overseas operations, which are helping prop up the weak U.S. market; both Ford and Chrysler are turning to smaller passenger cars and crossovers developed overseas to rebuild their lineups, moving away from trucks. But Chrysler sold off most of its foreign operations decades ago, and it has struggled to set up new operations overseas. The smallest of Detroit's Big Three is now turning to competitors, such as Nissan, and the emerging Chinese maker, Chery, to supply it the small cars American consumers are demanding.

But in the meantime, Chrysler is paring away, announcing, just this week, new plans for large cuts in its white-collar workforce.

While the company insists it is well positioned to survive the current U.S. downturn, observers continue to question how long Cerberus' patience will last if Chrysler's performance doesn't improve soon.