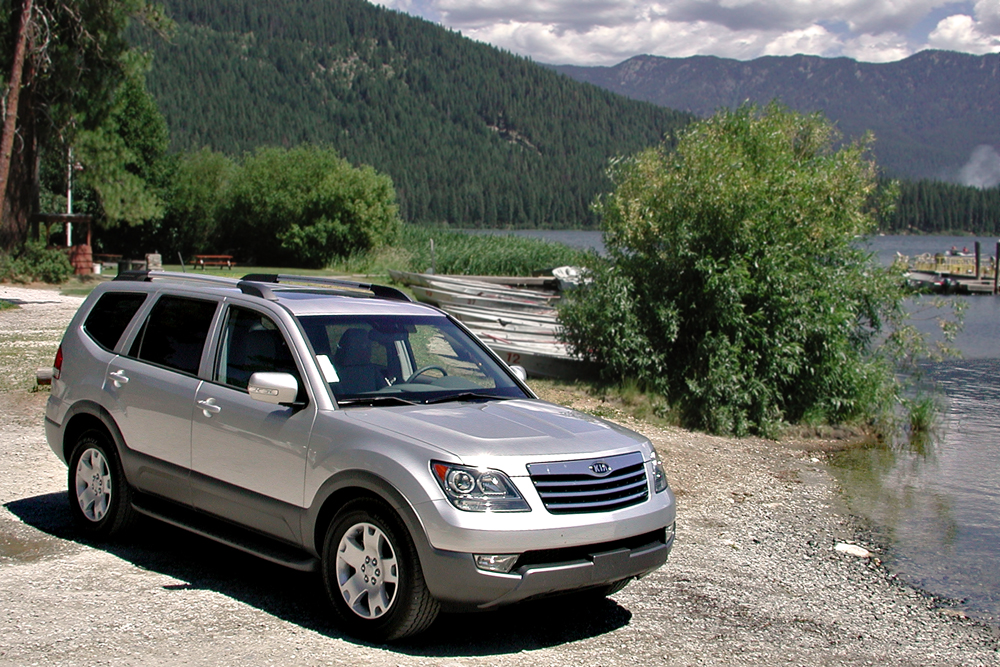 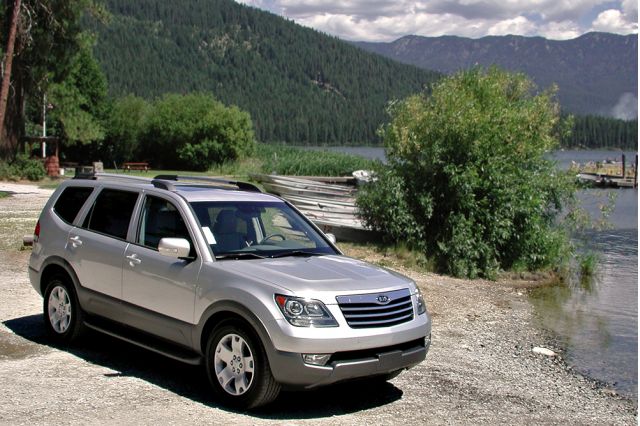 We've just driven the all-new 2009 Kia Borrego. During our press-only activities, Kia attempted to convince us that their new body-on-frame mid-size SUV is a player against luxury SUVs.

But here's what it is: a handsome, competently engineered, well-executed sport ute with loads of features offered at a typically low Kia price. See if you agree, as the Borrego officially goes on sale at the end of July.

While some may question the wisdom of introducing a non-crossover SUV with an available 337-horsepower V-8 as gasoline closes in on $5 per gallon, realistically, truck-based SUVs are not going to disappear. Experts who prognosticate about such things expect that mid-size SUVs will continue to sell over 1 million units per year for the next several years. This represents a big target for nimble Kia.

In addition to competing for mid-size ute shoppers alongside Jeep, Honda, Nissan, and Toyota, Kia sees an opportunity with the mid-size Borrego as buyers flee full-size SUVs. Today, mid-size is the new full-size, and this ute's V-8 economy of 15 mpg city/22 mpg highway (two-wheel drive) looks better than what some drivers have been living with.

As for our impressions of the 2009 Borrego, we spent most of our time in the V-8-powered top-of-the-line EX model shown above. Its exterior is attractive and totally free of anything controversial. The base LX models looks much the same.

Inside, our EX's leather-lined interior gains fame not so much for its luxurious fitments but for its ample room (more than a Ford Explorer), high level of equipment, and thoughtful layout of its controls. Three rows of seats are standard, and the third row is not a penalty box as it is on some SUVs such as the Toyota Highlander.

Regarding performance, our experience in a 276-horsepower, 3.8-liter V-6 Borrego EX proved the powertrain to be completely adequate. But fitted with the 4.6-liter V-8 (based on the V-8 developed for the Hyundai Genesis sedan) and a ZF-sourced six-speed automatic, our EX performed with refined gusto. The quiet V-8 smoothly powered our Borrego to well past 100 mph, and the four-wheel disc brakes hauled it back down again with genuine alacrity.

The chassis handled well, even over broken pavement. Thanks to the body-on-frame construction and available V-8 power, the Borrego can be outfitted to tow up to 7,500 pounds. ABS and electronic stability control are standard.

As we have come to expect from all Kia vehicles, the company loads up its vehicles with standard safety features. Six airbags are standard, including a side curtain system that extends back to protect all three rows of seating.

One day in the not-too-distant future, Kia won't have to beg for credibility. Its products will have spoken for the brand, and its rightful place as a serious manufacturer of high-quality vehicles will be secured. --Rex Roy