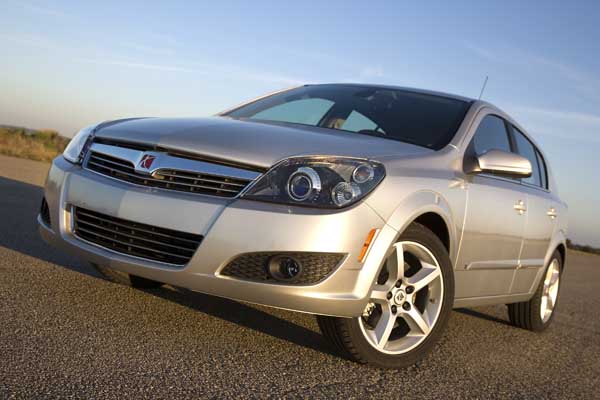 If you'd like to get a look at the future - at General Motor's future, anyway - stop into your nearest Saturn showroom.

There you'll see several models that were developed in a close cooperation between GM's U.S. brand and its flagship European subsidiary, Opel. While the recently updated Vue shows significant changes made for American buyers, the compact Saturn Astra is, for all intents and purposes, the same car you'll see roaming the streets of Paris and blasting down the Autobahn in Germany.

What's under way is "a pretty radical shift," says the General's vice chairman and "car czar," Bob Lutz. Going forward, he adds, we American motorists are going to see a "more European lineup than ever before in our history."

There are several reasons why this is happening, and the makeover will show up in several different ways.

The why is simple. For several years, to give him credit, Lutz has warned that if gas hit $4 a gallon, we'd see consumers radically shift their buying patterns. And as his colleague, GM president Fritz Henderson, said on Tuesday, the changes we're seeing now are very likely permanent.

If you thought the build-up of the light truck market, starting in the late 1980s, was fast, you ain't seen nuthin'. Full-size pickup and SUV sales have absolutely collapsed. Dealers in much of the country are just about giving those vehicles away. (Great news, as a friend of mine declared, if you absolutely have to have one.) Suddenly, passenger cars - especially some of the smallest and most fuel-efficient - are hot, along with the latest generation of car-based crossovers.

Sure, if fuel prices go back down - indeed, even if they stabilize, and consumers get used to paying four bucks - trucks will bounce back, but as Henderson said, the recovery will be nowhere near what we saw as recently as 2006, when light trucks grabbed half the market.

Since American motorists traditionally bought trucks and larger cars, it was much harder for GM, and its domestic brethren, to consolidate global product development. Now, however, it makes a lot of sense. And if you can design an Astra for the U.S. and Europe in one fell swoop, you've saved yourself anywhere up to $1 billion in product development costs.

Now, don't assume what you'll see at a Chevy showroom, never mind Saturn, Buick, or Pontiac, will always be the same here as over there in Europe. Even if high gas prices force Americans to downsize, our tastes are different. We're less into station wagons and hatchbacks. But GM is getting a lot better at coming up with a few sheetmetal variations that otherwise share the same components under the skin.

Another difference: Europeans don't traditionally link size and price. So instead of buying a $30,000 SUV, they'll pay that for a smaller, but functional crossover or wagon. Indeed, in Switzerland, the average transaction price for a new automobile is a whopping $42,000.

So you may see a Chevy sharing much of its basics with an Opel, but the American version might lack a lot of what in Europe is basic, standard equipment.