Benz Goes Back to Black with SL65 AMG 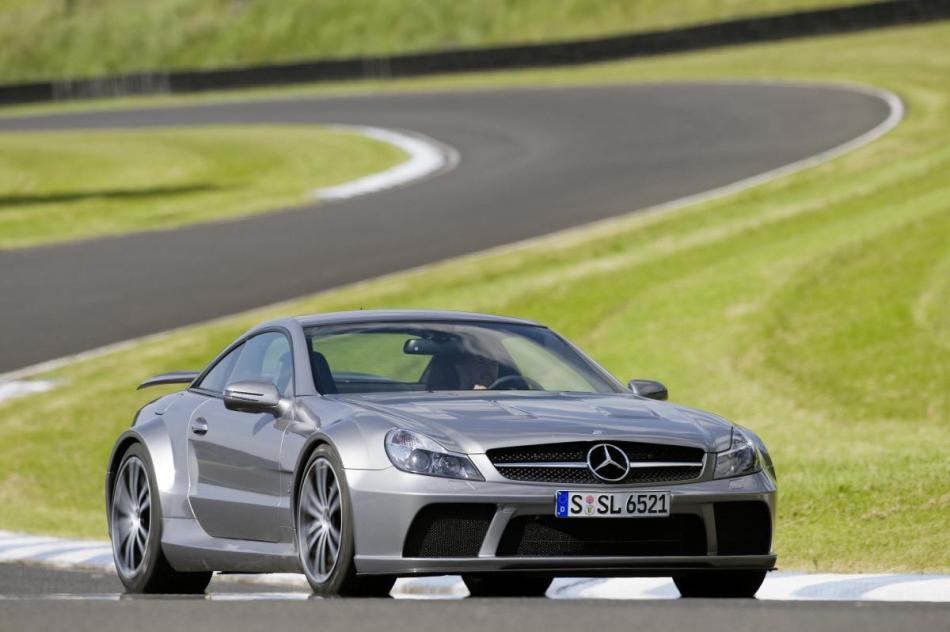 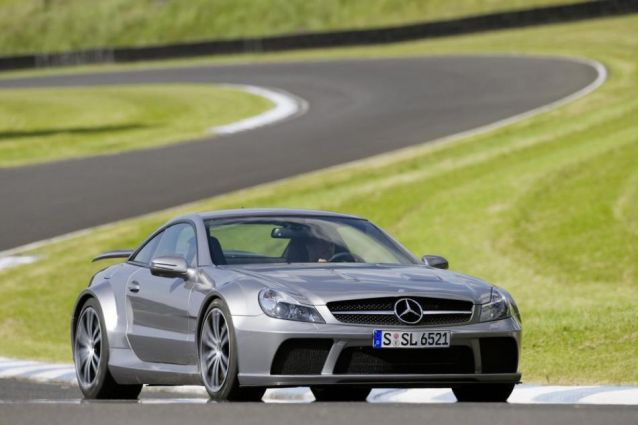 You knew it wouldn't take long: last year we brought you the new 2009 Mercedes-Benz SL range, and before the ink is dry on those road tests, Benz has ushered in a Black Series edition of the two-seat convertible that will require a whole new set of superlatives to be minted.

It looks vaguely like an SL, but the new Black Series wears lots of add-ons, including a fixed carbon-fiber roof, new fenders, a new trunk lid, and front and rear fascias. The subtraction of the roof mechanism from the SL does a Star Jones on this three-pointed star, cutting its weight by 550 pounds, though the fenders tack on six inches of width across the front.

Beneath the hood, the 6.0-liter AMG V-12 engine is boosted up to more than 650 horsepower and 738 pound-feet of torque for a 0-to-60 mph run of 3.8 seconds and a limited top speed of 198 mph. For that dramatic top-end envelope, there's a retractable rear wing that helps keep the tail planted, as well as 20-inch rear tires and ceramic-composite disc brakes with four-piston calipers in back, six-piston calipers in front. A five-speed automatic is the only gearbox.

An adjustable suspension is fitted to the SL65 AMG Black Series too, along with three-mode stability control. Inside, the Black wears suitable all-black leather, with carbon-fiber bucket seats and aluminum shift paddles for a Corbu-meets-dominatrix look. The speedo reads to 225 mph--and as of this writing, we can't even predict what the price tag will read.