Aging Drivers: How Old Is Too Old? 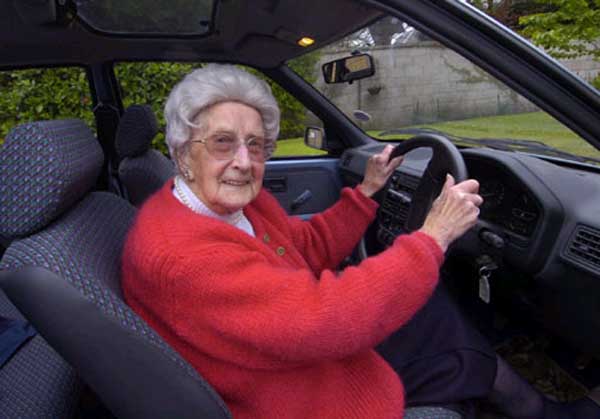 When the first Baby Boomer started collecting Social Security a few months back, it signaled a demographic transformation that could pose serious problems on the nation's highways in the years to come. By 2023, warns the AAA Foundation for Traffic Safety, those over 65 will account for a quarter of the country's licensed drivers. But whether it's the auto industry or state licensing systems, there's been a serious lack of preparation for the graying of the nation's drivers.

"When you hear the thunder, it's too late to build the ark, yet states are not doing enough to prepare for the flood of older drivers that will be behind the wheel in the coming years," AAA Foundation president and CEO Peter Kissinger said. "Nobody should have their car keys taken away simply because they reach a certain age. Instead, states should screen all drivers applying for new or renewed licenses to ensure they are medically and functionally fit to drive through procedures like eye exams and in-person renewal - but that is not happening. If remedies aren't put in place today, we can expect a significant rise in highway safety deaths in the years ahead. That should concern all of us, young and old alike."

To begin addressing the issue, the Foundation brought together an array of experts - including government and health officials, as well as those in the auto and broader transportation industries.

Among the suggestions raised at the Washington, D.C. conference: