Want an Audi R8? You'll Have to Wait 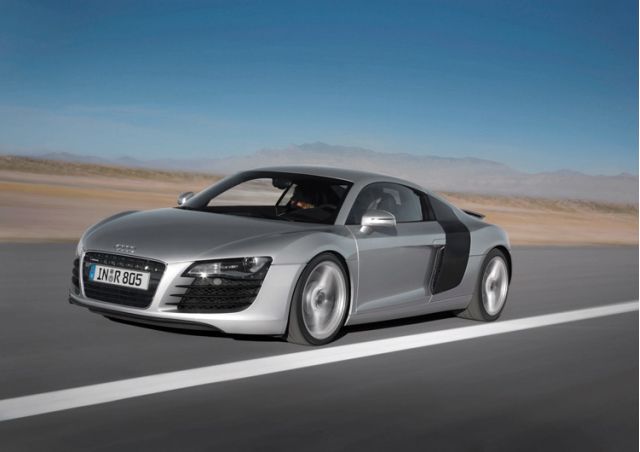 While the world begins drooling over the Nissan GT-R, the other flavor of the year is in desperately short supply--supply so tight you wonder if Matt Damon and Jay Leno are able to sleep at night.

As for us mere mortals, if you're trying to get a handle on the 2008 Audi R8, be prepared for a little patience. Audi estimates it's sold out for at least the next 18 months, if not a full two years. Audi spokesman Christian Bokich says sales of the R8 in the U.S. are averaging about 50 per month, while Audi's only building 25 per day for the entire world--minus weekends and those extensive German holidays.

You'll need not only patience to buy an R8--you'll need the right geography. Bokich says that only some of Audi's dealers are outfitted to sell the R8, but you're likely to run across one in most of the major markets.

Have you seen an R8 on the streets in your town? Let us know in a comment below, while we keep track of the waiting game.