Is the Double-Nickel Coming Back? 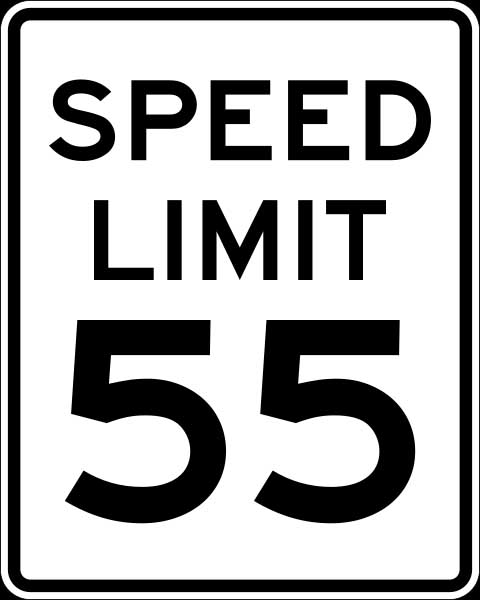 Lawmakers across the country are starting to reconsider the "double nickel" speed limit, which was implemented back in the mid-1970s, following the first Mideast oil shock. (Actually, the figure was originally a snail's pace 50, until Congress caved in to the trucking lobby and raised the speed limit to a speedier turtle's 55.)

Back then, lawmakers were worried about finding sufficient supplies to fuel American cars. These days, though tight, there's enough to go around, but the more fuel used, the more the demand, and the more likely prices will keep rising. And from an environmentalist standpoint, the more fuel you use, the more CO2, a key greenhouse gas, you'll pump into the atmosphere.

There's a case to be made. A car averaging 32.4 miles per gallon at a steady highway speed of 55 will only get 26.8 mpg at 70, according to Department of Energy statistics, and a mere 24.8 mpg at 75. (See a separate story on saving money by slowing down.)

Of course, there's a counterargument. Drive from San Diego to San Francisco, or Boston to Richmond, Virginia, both about 500-mile runs, and you'll spend an extra 2.4 hours on the road. That adds up not only to lost time, but additional highway fatigue and frustration, which can translate into accidents and road rage.

Nonetheless, you shouldn't be surprised to see the debate heat up. After one state lawmaker proposed a resolution calling on Congress to reinstate the double-nickel limit, Michigan Governor Jennifer Granholm said, "I think it's something we might want to take a look at." Bills, meanwhile, have been introduced in both Minnesota and Vermont to lower speed limits to 55. The political pressures are mounting on government officials to do something - anything.

What's your take on driving 55?