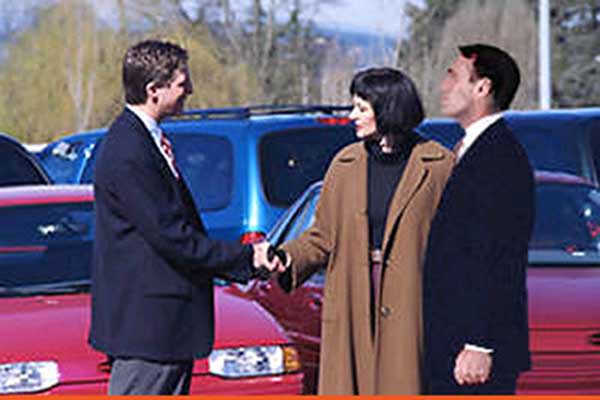 That's the question posed by researchers wondering whether dealers are doing a better job than conventional wisdom would suggest. We've all heard the horror stories, of course: dealers who renege on promises, deliver a different vehicle than the one a customer expected to get, or throw a prospect's keys on the showroom roof until the potential buyer gave in and inked the deal. But while such things may still happen, they're clearly the exception rather than the norm these days, according to the 2008 Prospect Satisfaction Index.

The PSI is designed to see how consumers are treated when shopping for a new car, motorcycle, RV, or boat. The independent study sent hired anonymous shoppers into auto dealerships nationwide representing all major brands, then calculated and reported the findings. And what the study shows is that the bulk of dealers are improving the way they treat customers.

Significantly, those brands that have been able to grow sales also have dealers who are more likely to satisfy shoppers. Eight of the top 10 brands that scored well on a sales standpoint also increased or maintained their PSI score from 2007 to 2008, reported Pied Piper. Of the 10 car brands with the worst year-to-date sales performance, eight also saw their PSI score decrease from 2007 to 2008.

"Today's typical auto shopping experience is far different from the experience even five years ago, and many dealerships are changing the way they sell cars as a result," said Fran O'Hagan, president of Pied Piper Management. "Today's shoppers arrive at a dealership already armed with facts and figures, but in the end the dealership and salesperson still play a critical role in helping shoppers turn that raw information into the best match for the shopper's needs and desires."

Notably, there's not always a direct connection between product quality and satisfied shoppers. Acura, the luxury brand of Honda Motor Co., fared reasonably well on the latest J.D. Power Initial Quality Survey, but topped the Satisfaction charts. Saturn, which had significant quality issues in the latest Power IQS, was No. 2 in shopper satisfaction, followed by Lexus and then Jaguar.

Significantly, the study found that a growing number of salespeople are suggesting customers consider brands other than those they original wanted to buy. Whether that's because of quality problems or because of higher commissions, the study doesn't say, but this happened most often in multibrand, rather than single-brand or so-called standalone, showrooms.

Of 37 brands Pied Piper studied, 24 either maintained or improved their Prospect Satisfaction scores in the 2008 study.

Which raises the question: Were you satisfied by how the salesperson treated you the last time you shopped for a car?

Review update: The 2020 Lincoln Corsair Reserve flies under the radar
Comments (0)
Commenting is closed for this article
Contribute
Send us a tip Comment Contact the editor
Follow Us