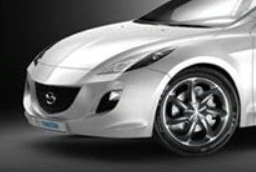 Could this be the next Mazda3?

The car fans over at WorldCarFans think they have the scoop on the new Mazda3, which is likely waiting in the wings for a 2010 debut. The blog doesn't disclose where its pic comes from, but only says it "could be a preview" for the next 3.

Mazda is planning a new concept crossover for the Moscow auto show that's likely based on the next 3 platform. So while the timing looks right and this liberated image looks like it could be real, we're still not sure if it's lifted from an official source before its time--or if a clever set of fingers did some walking through Photoshop CS3.

Tell us what you think--is it real or the product of a Mac-capable car nut?