2009 Chevrolet Traverse: Late to the Party, or Right in Time? 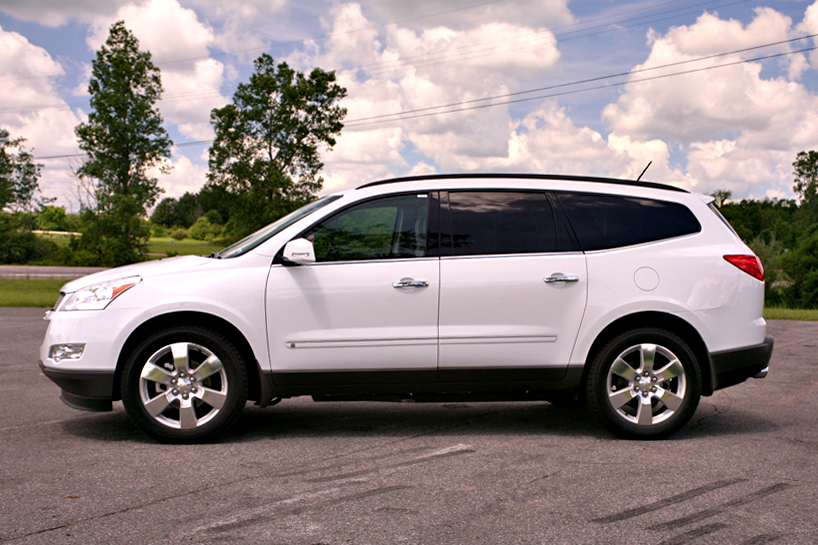 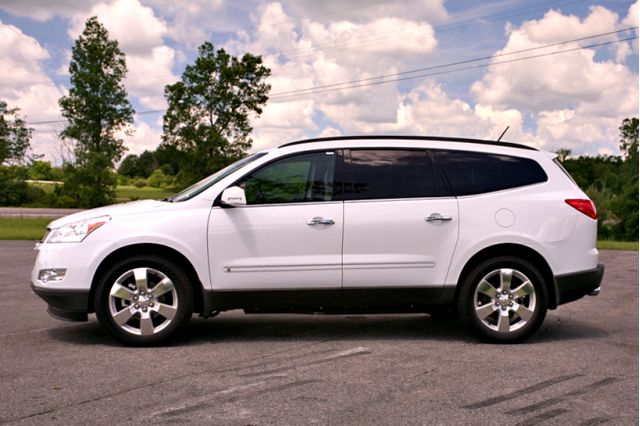 First there was the trucky GMC Acadia in December 2006, then the beautifully styled Buick Enclave a few months later, followed by the value-priced Saturn Outlook. GM has been rolling out full-size crossover utilities on its Lambda platform for a while now.

This brings to mind thoughts about coming late to a party--unless you're bringing something really special, you run the risk of not being noticed. This seems to be a risk Chevrolet is willing to take with their 2009 Traverse. As a matter of fact, GM thinks it'll sell so many Traverses that it's devoted a entire factory to Traverse (a former Saturn plant in Spring Hill, Tennessee). The three other Lambda vehicles are built in Michigan.

As for Chevrolet's timing into the market, the bow-tie boys (and girls) are looking pretty clever at the moment. Just in the nick of time, they're introducing a roomy, eight-passenger vehicle that is more fuel-efficient (17/24 mpg front-wheel drive, 16/23 mpg all-wheel drive) than the full-size truck-based SUVs drivers are abandoning like rats off a sinking ship. Think Chevy planned this confluence? Not likely, but this does give Chevy Truck reason to hope that Traverse will keep full-size SUV buyers in the Chevy fold.

So what's the Traverse like? This was our first experience behind the wheel of a Lambda fitted with the direct-injection V-6 from the Cadillac CTS and STS. The 3.6-liter engine produces 288 horsepower and 270 pound-feet of torque, and this is adequate to move the Chevy's not inconsequential weight: 4,720 pounds (front-wheel-drive models) and 4,925 pounds (all-wheel-drive models). Compared to the most powerful of GM's full-size trucks and utilities, the Traverse accelerates at a leisurely pace, but it is far from being dangerously slow and never feels anemic.

Shift calibrations have been significantly revised for the six-speed automatic, and the improvements are obvious to anyone who had ever spent time behind the wheel of a 2007 or 2008 Acadia, Enclave, or Outlook. Shifts could be jerky as the powertrain often waited too long before requesting a lower gear, so when the lower gear finally engaged, there was significant physical and aural commotion. This unpleasantness has been remedied. Like the other Lambdas, the Traverse is impressively quiet.

Handling is surprisingly sharp for such a large and heavy vehicle. Especially with the LTZ's 20-inch wheel and suspension package, steering response is quick and body roll is present but not excessive. Stability control is standard, but it functions in an unobtrusive manner--and unlike some systems from other manufacturers, it doesn't "ding ding ding" at you when you're not driving the way it thinks you should. The chassis also proved competent at soaking up road imperfections in a way that would have set a new benchmark for luxury cars not all that many years ago.

Styling-wise, the Chevy is conservative. It lacks the dramatically flowing lines of the Buick or the chunky stance of the GMC. Overall, it's safe with a Chevy face. Our ho-hum impression was undoubtedly exacerbated by the fact that nearly all the models on hand (there are three trim levels; LS, LT, and LTZ) were painted kitchen appliance white, and it was difficult to tell one from the other. This is not a flattering color, and it tends to mask body character lines.

Inside, the Traverse presents a cleanly styled interior with the room you'd expect in an Enclave, Acadia, or Outlook. All the expected standard and optional features are there, including standard OnStar, XM, and so on. In a nod to the reality of hand-free phone laws coming on line, GM now offers a Bluetooth option; no longer is an OnStar cellular phone link the only choice.

We found it amusing that the gentleman who did most of the press presentation was the same guy, Don Butler, who launched the Pontiac Aztek. We'll risk our career by predicting that the 2009 Chevrolet Traverse will do better than the still-the-butt-of-jokes-and-still-a-sore-point-at-GM crossover. Butler isn't taking any chances, though, as he's already accepted a position at OnStar. Coincidence? Probably, but it's not a bad timing to get out of the truck business today. (Good luck, Don.)

We asked if there was a Michigan-only Grand Traverse model in the works, to which no one responded because it wasn't a very serious question. (Only people from Michigan will potentially laugh at this weak joke.)

We'll be back next week with a full review of the Traverse. Stay tuned.--Rex Roy