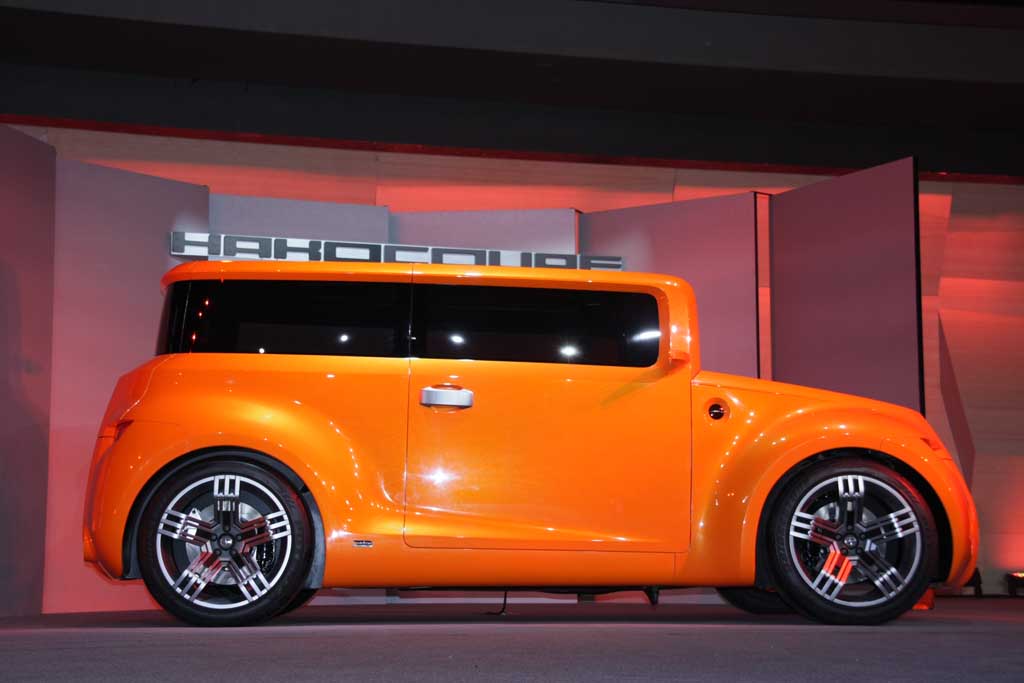 When the e-mail landed in my mailbox, it prompted me to think that at five, Toyota's youth-oriented "brand within a brand" isn't all that much older than its average buyer. OK, cheap shot, but there's little doubt that Scion has come as close as any nameplate too capturing the hearts, minds, and pocketbooks of America's most youthful buyers.

"It has the youngest median age in the automotive industry, 31," crows the division's general manager, Jac Hollis, "and 72 percent owners are new to the Toyota family," he adds. These are both Holy Grail targets for the industry, and for the Japanese maker in particular. It's easy to forget that Toyota built its reputation and business on the Baby Boom generation. But in the years before Scion's launch, it had fallen increasingly out of touch with the buyers who would follow, Gen X and millennials, who largely steered clear of Toyota showrooms in favor of hipper brands, like Mitsubishi or Volkswagen.

Of course, we've seen what's happened to both of them. Mitsu tried using give-away deals - including one that required nothing down and no payments for a full year. It certainly did a good job of bringing young buyers into its showrooms, but when it came time to actually start paying off their car loans, far too many of those young drivers found themselves in over their heads. So they turned back the keys and walked away, living Mitsubishi deeply in debt and nearly driving it out of business. VW, meanwhile, has seen its own brand image tarnished by a variety of problems, including nagging quality concerns.

Scion opened its doors on June 9, 2003, initially selling a pair of products through 105 California dealerships. As it broadened the lineup to three models, the Toyota division also started rolling out to other markets across the country. Edgy designs, with models like the original xB, quickly connected with so-called opinion leaders, Scion backing things up with some of the most novel and carefully targeted marketing campaigns ever seen by the normally staid auto industry. Today, 982 of Toyota's 1,231 U.S. dealers handle the Scion brand, and have sold 620,000 vehicles since the marque's debut.

That's not to say all is going perfectly. The new xB has taken some sharp criticism from straying from the small and laser-angled dimensions of the original. And there are those who worry that Scion's rigid decision to hold to just three models at a time is counterproductive. But as Hollis told me, several months ago, Toyota planners are now giving serious consideration to several other new products, and we could soon see a Scion showroom with five, perhaps even six different products on display - possibly including a version of the Hako concept, above, first seen at this year's New York Auto Show.

"Scion will continue to push the envelope in all key areas of its business," promises Hollis. With more and more makers now targeting the same youthful buyers, and offering increasingly hip and trendy - and high-mileage - products to win them over, Scion will be facing more of a challenge than it did initially. But the brand is clearly able to celebrate this birthday as one of the troubled U.S. market's few real success stories.

Review update: 2020 Toyota 4Runner TRD Pro rocks, rolls its way into the wild
Comments (0)
Commenting is closed for this article
Contribute
Send us a tip Comment Contact the editor
Follow Us