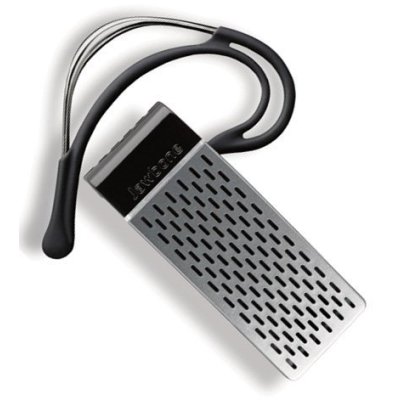 I hate Bluetooth. I mean, I love Bluetooth--when it links my mouse to my MacBook, and when it silently hooks me up with my car without a multistep, voice-activated fuss like I've encountered in the last three test vehicles I've driven.

I hate Bluetooth when it's dangling off a human ear, turning them into a Borg slave to their cell phones. But it's about to become a necessity, I think, for the times when I'm driving up the 101 from TheCarConnection.com World Headquarters in air-conditioning-free Palo Alto, into the much cooler City. On July 1, California and Washington are becoming states Nos. 4 and 5 to require drivers to use hands-free devices to talk on cell phones while behind the wheel. And that means either driving home with Sean Hannity or breaking down my distaste for the ear-borne devices. (At least some of the time--Bluetooth's been outfitted on more than half of the vehicles I've driven this year).

So while I'm resistant to it, I actually own a Bluetooth headset now. It's small and it's actually blue, and honestly, I think it makes me look even more like a dork. There is something to its logic, though. Just yesterday, heading north on the freeway, I counted more than a handful of drivers not only dialing and nearly piling into an accident already blocking the two left lanes, I counted my own hand reaching for the phone two or three times when I really shouldn't have.

The new law in California alone will be a boon to companies like Parrot, with its lineup of hands-free car kits. Good thing they have a sense of humor about their impending windfall. Witness this guerrilla video they've posted to YouTube, in which a teen driver burns through five driving instructors, who go all ballistic on him for using his phone at the wheel. It telegraphs instantly where and when Bluetooth is a better idea.

I still don't buy it at dinner parties, coffee houses, or work conventions, where the phone conversation immediately takes precedence over real people standing in front of you. You guilty parties, you know who you are.