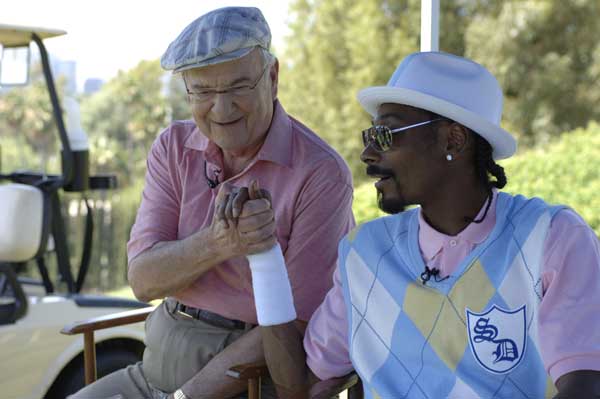 His name, wags once said, was simply an acronym for "I Am Chairman of Chrysler Corp. Always." And for many years, that's precisely what it seemed like. Lee Iacocca spent more than a dozen years with the perpetually ailing automaker, signing on after being summarily fired by Henry Ford II as Ford Motor Co. President and leaving only under intense pressure by the Chrysler board of directors in 1992.

Old boss "Hank the Deuce" liked to explain his mercurial decisions by reminding folks that his name was "on the door." Iacocca's would have been emblazoned on Chrysler's Auburn Hills, Michigan, headquarters tower had he not made the fateful - some would say bizarre - decision to team up with billionaire investor Kirk Kerkorian in an abortive, 1995 hostile takeover attempt. Iacocca's hand-picked successor, Bob Eaton, was understandably outraged, and among other vengeful steps, decided to kill plans to name Chrysler's headquarters after Iacocca.

Since then, there've been a few steps toward rapprochement, including the commercials the telegenic Iacocca taped - with rapper Snoop Dogg, of all sidekicks - for Chrysler products. But now, the automaker's CEO wants to bridge the bitter gap entirely.

On June 26, Lido will return to town for an employee rally at Chrysler headquarters.

For those who can put aside the former CEO's role in Kerkorian's takeover attempt, few men have done more over the years for Chrysler than Iacocca - unless you count Walter P., the man whose name is not only on the doors, but bumpers and grilles of Chrysler-badged products.

Indeed, the automaker simply wouldn't exist today if it weren't for the masterful alliance Iacocca managed to pull together in 1980 and early '81 in order to win a desperately needed package of federal loan guarantees. (The other, prime architect was former United Auto Workers Union President Doug Fraser, who, sadly, passed away earlier this year.)

In fact, Iacocca likes to claim he is the only man who saved Chrysler twice, pulling out all the stops, once again, in the late 1980s, when the automaker went into another one of its seemingly regular downturns. It can also be argued that had Iacocca not taken his eye off the corporate ball, by playing with projects like the restoration of the Statue of Liberty and, then, Ellis Island, Chrysler would have continued to thrive. But whatever your view, Iacocca clearly set in motion the steps that subsequently made Chrysler one of the most successful automakers of the 1990s. (Also, arguably, setting in motion the failed Kerkorian takeover bid and the subsequent "merger of equals" with Germany's Daimler-Benz.)

Now 83, Iacocca has tried many things in his years outside the auto industry. He authored a procession of successful books, has dabbled in Italian wines and olive oil, and even tried pedaling, er, peddling electric bicycles. There were also two failed marriages. But those of us who've known the son of Italian immigrants have known that there's been only one true love in his life, and that was Chrysler.

The upcoming celebration is doubly fitting, as Iacocca's latest successor likely also hopes for a little help dealing with yet another crisis at Chrysler. Like Iacocca, Italian immigrants' son Bob Nardelli has a lot of troubles to deal with as CEO. But he can no longer count on government help for the automaker, today a crippled subsidiary of the giant private equity fund, Cerberus Capital Management. So Nardelli can only hope that having Iacocca by his side will lend a little shine to his turnaround efforts and convince critics that he and Cerberus are serious about saving the automaker.

But a warning for Nardelli is in order: even as an octogenarian, don't expect a quieter and more humble Lee Iacocca. This is a man who has never shied away from giving his opinion, and if Nardelli posits a question, he better be willing to sit back and take notes.