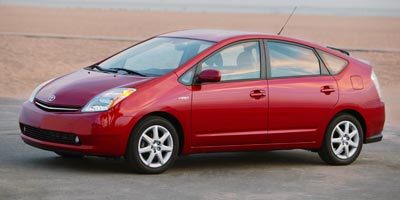 Is the world of plug-in hybrids about to go mainstream?

While General Motors has been aggressive in touting its Chevrolet Volt plug-in hybrid, Toyota's also been pushing the technology through the planning stages. This morning, the Associated Press reports, Toyota confirms that its plug-in hybrid will be ready for sale in 2010.

A new generation of lithium-ion batteries are enabling plug-ins from major manufacturers. Toyota's new high-capacity batteries go into production in 2009, the AP says. The new plug-in hybrids will be aimed primarily at lease customers and will be charged from home electrical outlets.

It's unknown whether the plug-in hybrids will be a version of the new Toyota Prius due in 2010 or an entirely new model. Toyota only confirms that it sees plug-in hybrids as part of a big green-car effort that will keep it growing as a manufacturer while helping to preserve the environment.

Earlier this week, Toyota showed a fuel-cell vehicle with twice the range of previous efforts. And last week, General Motors confirmed that it had approved its own plug-in hybrid, the Volt, for production. Nissan has announced its plans to produce electric vehicles in two years, while Honda has committed to building a new range of hybrids, including a gas-electric version of the Fit subcompact as well as a new Prius-like vehicle and a hybrid based on its CR-Z concept.