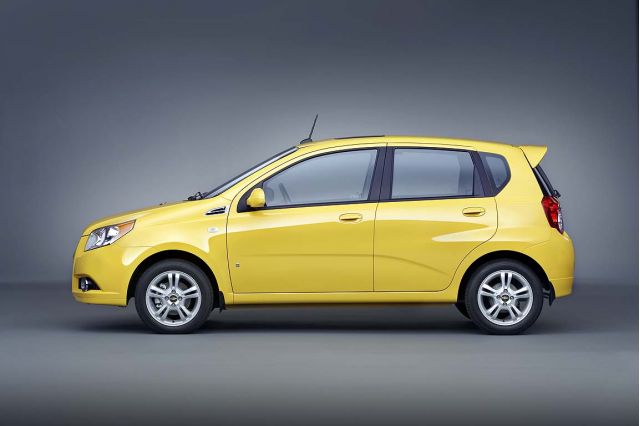 Chevrolet's redesigned Aveo5 for the 2009 model year is also getting a redesigned sticker price. The new five-door hatchback from South Korea will start at $12,120 when it goes on sale later this year, GM confirmed today.

The new Aveo lineup uses a 1.6-liter four-cylinder to spin out 106 horsepower via a four-speed automatic transmission or a five-speed manual. Even with the automatic, the Aveo5 musters 25/34 mpg.

Upscale versions of the Aveo include the 1LT version, which gets air conditioning and a $14,255 sticker price; the 2LT is priced from $15,520.

Stay tuned as we test drive the 2009 Chevrolet Aveo lineup later this year.