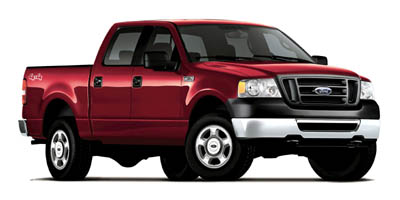 If you need a full-size truck--there are still a few of you out there, I'm sure--Ford's latest deal could cut through the gas-prices haze.

Ford's offering a pricing deal on big F-Series trucks reminiscent of the deals it offered in the post-9/11 months. Through the end of this month, the automaker is giving everyone the pricing that it gives to employees on its F-Series trucks.

The Harley edition F-Series and commercial-cab models aren't included in the deal, but some cash rebates are included.

Last month, Ford's F-Series lost its 24-year hold on the best-selling vehicle title to the Honda Civic. F-Series trucks still lead the yearlong sales race, but in May, the trucks finished behind the Honda Civic, Honda Accord, Toyota Camry, and Toyota Corolla to finish fifth among all vehicles sold. In May, F-Series sales dropped 31 percent.

The F-Series is in its last model year before an extensively revised 2009 Ford F-150 hits the market later in 2008.