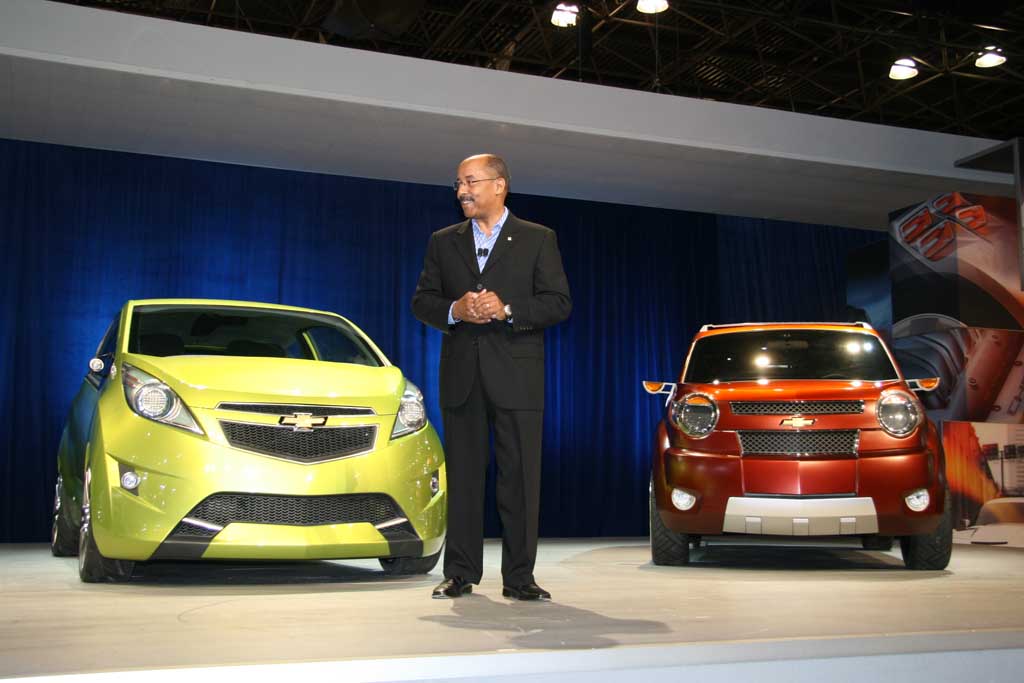 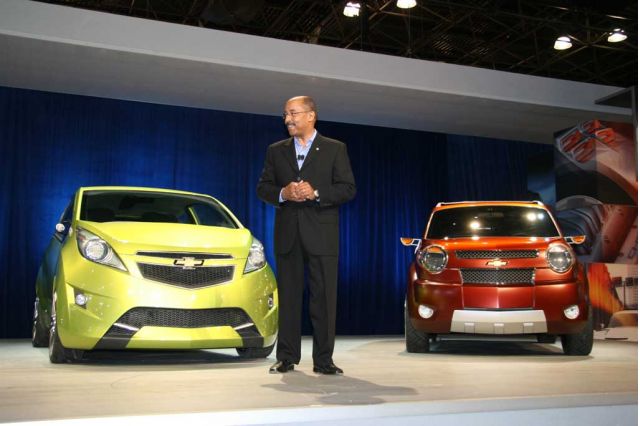 In technical terms, they’re called “strategic initiatives.” But for practical purposes, the wide range of changes General Motors has announced this morning amounts to nothing less than a wholesale transformation of the giant automaker – and an admission that the truck-based, business-as-usual approach it has taken for the last few decades isn’t going to work anymore.

Speaking at the annual GM shareholders meeting, in Wilmington, Delaware, CEO Rick Wagoner outlined a series of critical initiatives. Among them:


What may actually come as a surprise is that the automaker has only now given the formal approval to its Chevy Volt, the eagerly anticipated plug-in hybrid-electric vehicle (GM actually prefers the term “extended-range electric vehicle”) expected to reach market in 2010.

For decades, Detroit ran its North American operations as a separate and distinctive entity from the rest of the world. That began to change, several years ago, as GM – followed by Ford – began to consolidate global product development in a bid for efficiency. But even then, the makers continued arguing that U.S. consumers wanted distinctly different products than the rest of the world, focusing heavily on pickups and other light trucks.

Detroit wasn’t alone, by the way. The Japanese began making well-financed forays of their own into the truck segment – as underscored by Toyota, with its array of pickups and the latest version of the Tundra full-size pickup.

But suddenly, with gas at $4 a gallon, American motorists are starting to think like their overseas counterparts. Consider that, in a matter of months, the full-size pickup segment has fallen from 11 to barely 9 percent of the overall U.S. market.

"From the start of our North American turnaround plan in 2005, I've said that our goal is not just to return GM to profitability, but to structure GM globally for sustained profitability and growth," said Wagoner. “Since the first of this year, however, U.S. economic and market conditions have become significantly more difficult. Higher gasoline prices are changing consumer behavior, and they are significantly affecting the U.S. auto industry sales mix."

It doesn’t take a Monday morning quarterback to realize that the market was pushing for all the changes that GM has just announced – and the numerous changes that Ford Motor Co. has unveiled in recent weeks.

The Hummer brand, for one thing, has become not just increasingly irrelevant, but to many Americans, a symbol of intolerable excess. A decade ago, it was a symbol of what GM stood for. Today, it is an icon of what must be changed.

Could Hummer survive? It’s possible. According to GM’s statement, “the company is considering all options, from a complete revamp of the product lineup to a partial or complete sale of the brand.” But the general consensus is that if Hummer has a future, it will come with a dramatic transformation of its product lineup, and that will mean more than just the downsized, but still brutish show car that GM unveiled early this year at the North American International Auto Show.

The production cutbacks are, in Wagoner’s words, “very difficult,” but “necessary to adjust to changing market and economic conditions,” if GM hopes to keep its market momentum going. It’s significant to note that even with more than 30 of its plants closed due to parts shortages created by the recently ended American Axle strike, GM has more than twice the normal inventory of unsold trucks filling dealer and factory lots.

At the same time, it is struggling to keep up with demand for a number of its newest passenger car models, so the decision to add third shifts at the Lordstown, Ohio, and Orion, Michigan, plants should come as no surprise. (The former builds the Chevy Cobalt and Pontiac G5, the latter the Chevy Malibu and Pontiac G8.) In fact, expect the automaker to try to find ways to expand production at some of its other passenger car facilities, however possible.

Not all that many years ago, it seemed like GM was ready to walk away from passenger car production, or at least scale it back as much as possible. It certainly had little interest in the small cars, like Aveo, that traditionally lost the company money. The challenge, now, is to not only fill a segment that is booming – and controlled by the Asians – but to get there with a truly competitive product that will also make GM money.

GM is vague about details, but today’s announcement reveals it is developing a “next-generation” Chevy compact to go into the Lordstown plant, as well as a more appealing replacement for the chunky little Aveo. It seems highly probably that the new model will be based on the Groove, the funky little sedan that was one of the so-called “triplets” GM unveiled last year, at the New York Auto Show. Also dubbed “Funkastalgia,” it has the look of a factory-ready hotrod, distinctly different from the typical, econobox styling Detroit was lambasted for.

The new, high-mileage engine, along with the fully authorized Volt, show that the U.S. market has now synced up with the rest of the world. No, pickups and SUVs won’t go away entirely, but the American market is clearly going to look a lot more like Europe and even Japan. And if GM – like its cross-town rivals – doesn’t want to be completely marginalized, it’s going to need to reflect this shift. And quickly. Today’s announcements are very likely only the beginning.